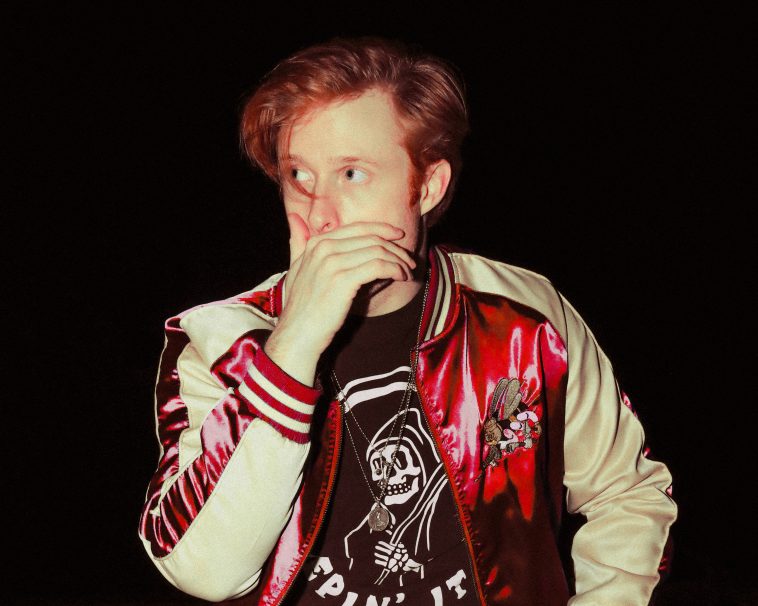 Released today, Jake Hays impresses all his listeners with his brand new single “All I’ve Got To Say”. The track has a reflection of the past with awesome retro themes that have been modernised to a current audience and transcended through electronic guitar chords and riff-heavy choruses. This follows up his previous single “Dumb Shit”.

Jake Hays is a Southern California native who is creating a name for himself within the music industry. He follows in the footsteps of his celebrity parents, singer Cherie Currie (known for being the lead vocalist of The Runaways alongside Joan Jett) and actor Robert Hays (known for being in the ’80s show Angie and the spoof ’80s film Airplane!/Flying High!). Making quite the name for himself in the music industry, Jake Hays produced Hunny’s EP Windows I where the track “Televised” has reached over 71.4 million Spotify streams, and that’s not all, as a solo artist he has almost gained 1 million Spotify streams on the track “Sleep Talk”. Prior to releasing solo music, he was in a band known as Maudlin Strangers and signed with BMG/Vagrant Records which really allowed him to explore songwriting, and his solo EP that he released in 2019 was the first time his fans got a glimpse of his style after a house fire burned the material and body of work he was making for the band – and so there is lost music from the band that we’ll never get to hear.

The track has been co-written by Alexander Morgan and Jake Hays, the former of which is this singer-songwriter’s best friend and who is a fellow producer, releasing music under the moniker Schmorgle. They came together to revive an old chorus which they originally wrote in 2016, transforming it into the full rhythm-forward, tongue-in-cheek version it is today. “All I’ve Got To Say” is a passionate powerful track showcasing Jake Hays’ authentic vocals and his production ability. The lyrics paint a story of Jake Hays begging his love interest to understand the situation they are in, it’s vulnerable, relatable, and genuine. The backing track emboldens Jake Hays’ lyrics and his voice, with the electric guitar rhythmically matching the words he’s saying, and the riffed-up chorus adds to the addictiveness of this track. We’ll be listening to whatever Jake Hays has got to say again and again as we listen to this on repeat.

Stream “All I’ve Got To Say” by Jake Hays on Spotify here:

“All I’ve Got To Say” is available to download and stream right now across all platforms, via HELLBENT.

Let us know what you make of “All I’ve Got To Say” on Twitter @CelebMix.