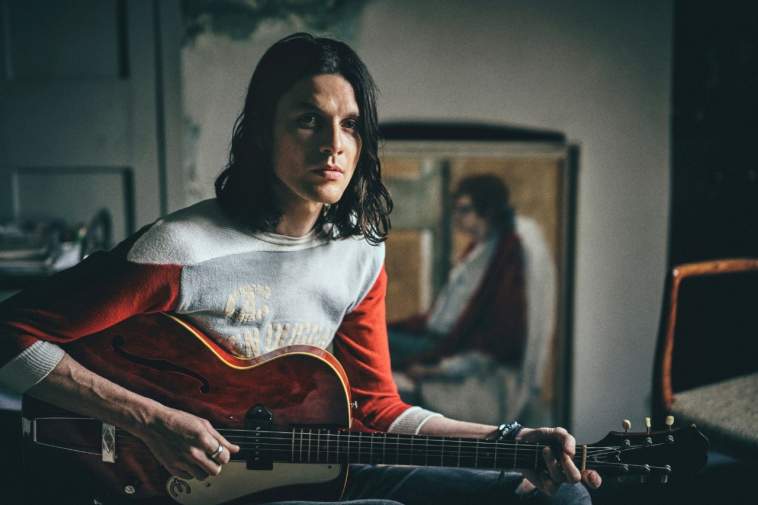 Multi-platinum selling singer-songwriter James Bay makes his long awaited return to music today (March 24th) with the unveiling of his brand new single ‘Give Me The Reason’ – a haunting, yet beautifully melodic pop/rock anthem that sees the BRIT Award winner contemplate the potential end of a once loving and meaningful relationship.

Co-written by James along with Irish recording artist Foy Vance, and produced by Gabe Simon (Lana Del Rey, Rag’n’Bone Man, Dua Lipa), the track serves as the first single to be lifted off of Bay’s upcoming third studio album, scheduled for release later this year.

With it’s heartfelt lyric, emotive sing-along choruses and soaring musical production, ‘Give Me The Reason’ sees James produce yet another stellar power ballad that looks set to go down a storm with fans both old and new.

Of the message and inspiration behind the new song, the three-time GRAMMY Award nominee says in a press release: “I wanted this song to feel huge and emotional. It’s about that moment when you feel like the sun is beginning to set on a relationship, it’s about the fight to stay together. I want it to explode with energy when I play it live. It’s about feeling your heart beat fast and love racing through your veins.”

Listen to ‘Give Me The Reason’ below:

In celebration of his return to planet pop, James is set to hit the road this April to play a string of live shows across the U.K. before, heading over to the states to join American folk rockers The Lumineers on their US 2022 Brightside World Tour.

‘Give Me The Reason’ is available to download / stream now.

Let us know your thoughts on James Bay over on Twitter @CelebMix now!