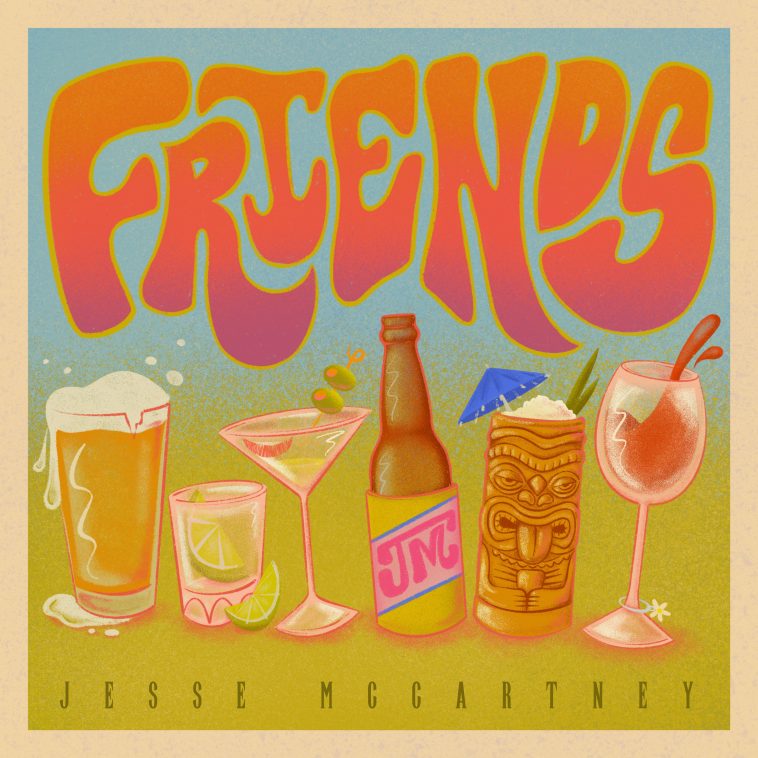 Jesse McCartney is certainly making us emotional with his latest releases. McCartney released his new single, “Friends,” on Wednesday, May 20th, accompanied by a vibrant lyric video.

“Friends” is a very relatable and relevant song for right now. Written by McCartney, Scott Effman, and Riley Biederer, the track is a tribute to those friends who become family, who also pick up right where you left off when you get back together.

It is a great song for the Summertime and graduations. The song really makes you think about those special people in your life and how important friends are. A music video is also set to be released in the coming weeks.

About the song, he said, “I think ‘Friends’ comes at a time when we all realize what’s most important. With the future looking uncertain, it’s nice to have friends to lean on for moral support. I know I speak for everyone when I say we’re all looking forward to getting back to our routines and seeing our loved ones face to face again!”

McCartney actually first hinted at the song on his Instagram. We all thought he was like us and just missed his friends, but he was actually posting lyrics to the song.

He first announced the song with an Instagram live, where he asked fans trivia questions which involved them scrambling to find out what the title would be.

This release comes about one month after McCartney released “Yours,” which is basically his life in a pop song. “Yours” is supposedly the lead single off his upcoming record. Whether that is an EP or album, he is not sure, but something is definitely coming.

McCartney has been participating in the online performances such as the Stay At Home Ball, Home is Where The Heart Is, and more.

You may think it’s odd that he released a song on a Wednesday, but it perfectly coincides with the final of “The Masked Singer.” According to viewers and fans of the show, McCartney is supposedly the Turtle, who is in the finale tonight. All will be revealed!

We can’t wait to hear what he releases next!

What do you think of “Friends?” Let us know on Twitter at @CelebMix.