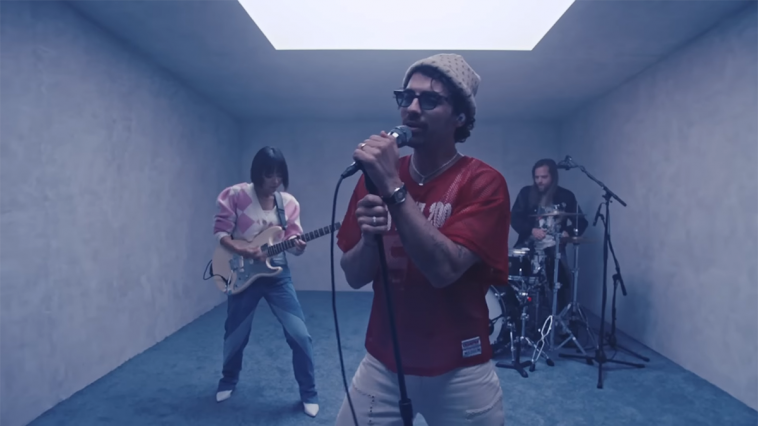 Led by Jonas Brother Joe Jonas, exuberant dance-rock group DNCE broke into the mainstream in 2015 with the EP SWAAY and the single “Cake by the Ocean,” a multi-platinum international hit that helped propel the band to their 2016 LP into the U.S. Top 20.

“Move” is DNCE’s first official single release in four years, and a perfect re-introduction into the three-piece as they issue an invitation to the dancefloor with this funky hypnotic strut, featuring seventies-style guitars, head-nodding bassline and swaggering beats.

Offering a fiery falsetto, Joe shines, and features as the centrepiece, with an undeniable stroke and unshakable command on the song’s chorus.

“Move is the song that convinced me DNCE had more music to release into the world,” Joe says on the release of the song. “I wrote it with my friend Ryan Tedder just for fun and immediately knew it was something special and needed the DNCE treatment!”