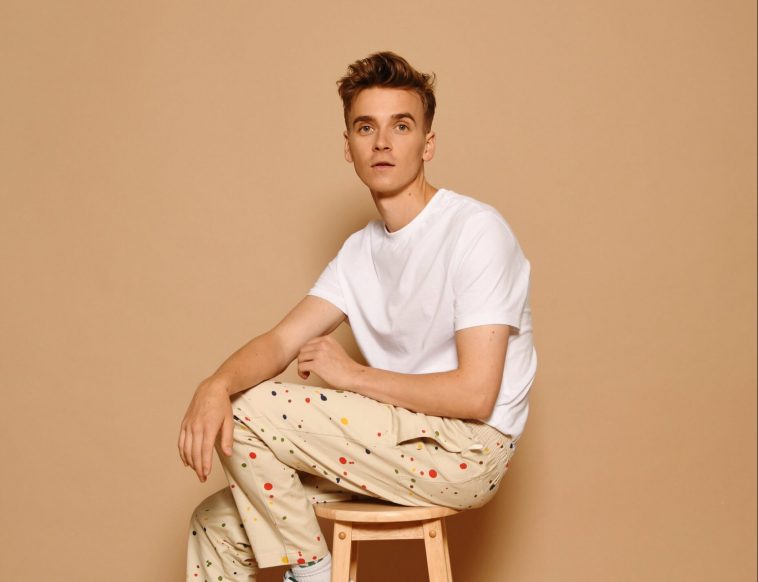 Is there anything Joe Sugg can’t do? The YouTuber, West End, and TV actor has just released a brand new single called ‘Wild Things’!

Produced by Conor Maynard and Byron Langley with additional production from Ray Michael, ‘Wild Things’ is a single that nearly never was. A driving anthem with a roaring guitar lead, ‘Wild Thing’ is an ambitious debut which is all about following your dreams.

Speaking about the track Joe says: “I’ve made a few tracks in the past with my really musically talented friends that have been so much fun to make and share with my audience. This is my favourite song I’ve worked on to date and although it was made a long time ago, I’m super proud of it and glad it’s finally going to be enjoyed by others.”

Joe is best known for being an internet sensation after rising to international fame thanks to his YouTube channel. Over the years, he has gone on to explore a wide range of avenues including writing the Username graphic novel series (which is also the fastest selling graphic novel of all time), coming runner up on series 16 of Strictly Come Dancing, and starring as Ogie in the West End musical Waitress.

Most recently, Joe made his TV acting debut in the BBC drama The Syndicate and currently runs his own talent management company called Margravine Management with Caspar Lee.

There is no end to Joe’s talents but now that he’s released his debut single, we’re not so secretly hoping that it will be the first of many.

‘Wild Things’ is available to download and stream now.