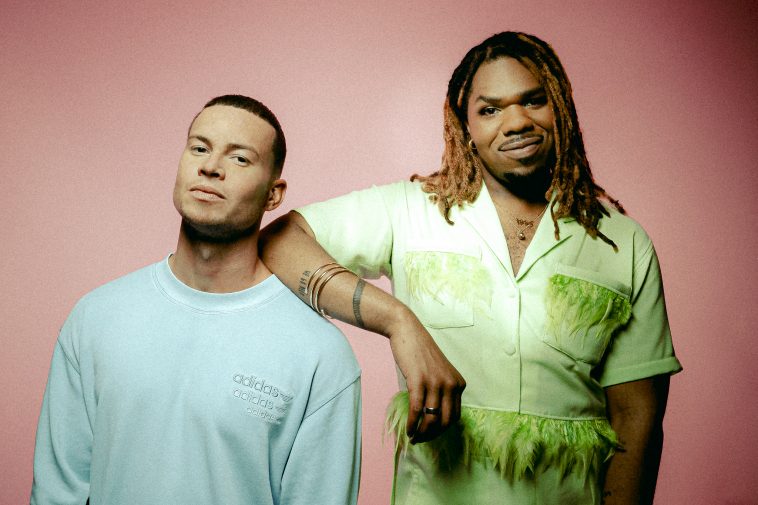 Rising DJ Joel Corry has teamed up with singer-songwriter MNEK for his latest single ‘Head & Heart’, and it’s safe to say it’s the summer banger we’ve been waiting for.

Rooted in a classic house sound, ‘Head & Heart’ is a euphoric anthem packed with infectious melodies and feel-good lyrics which many of us will be able to relate to. When it comes to developing feelings for someone, we’ve all experienced the battle of following your head or your heart and this track perfectly sums up the whole situation.

MNEK’s soulful vocals shine over Joel’s bouncy production, creating a surefire hit which is impossible not to lose yourself in. This is a HUGE track which will no doubt play a part in the soundtrack to our summer, whatever the weather.

Check out the lyric video for ‘Head & Heart’ below.

‘Head & Heart’ is the latest bop from former Geordie Shore star Joel, who these days is better known for his extraordinary rise in the music industry. The DJ and producer rose through the music ranks last year with his smash hit ‘Sorry’, a reworking of Monsta Boy’s UKG classic. The platinum-selling track peaked at number six in the UK singles chart and also broke Shazam’s all-time daily record in the UK after receiving over 41,000 tags in one 24-hour period last July.

This was followed up by the infectious ‘Lonely’, which is Joel’s highest charting single to date after peaking at number four in the UK. The track spent 11 weeks in the UK top 10, and has also been certified platinum.

We have no doubt that ‘Head & Heart’ will see Joel strike lucky for a third time, and we predict that he could actually go all the way and earn his very first chart topper. Stay tuned!

For more Joel Corry, he will be playing an exclusive two-hour DJ set tonight from London club Egg. Catch the stream here from 9pm BST.

‘Head & Heart’ is available to download and stream now.

What do you think of Joel Corry and MNEK’s new collaboration? Let us know on Twitter @CelebMix