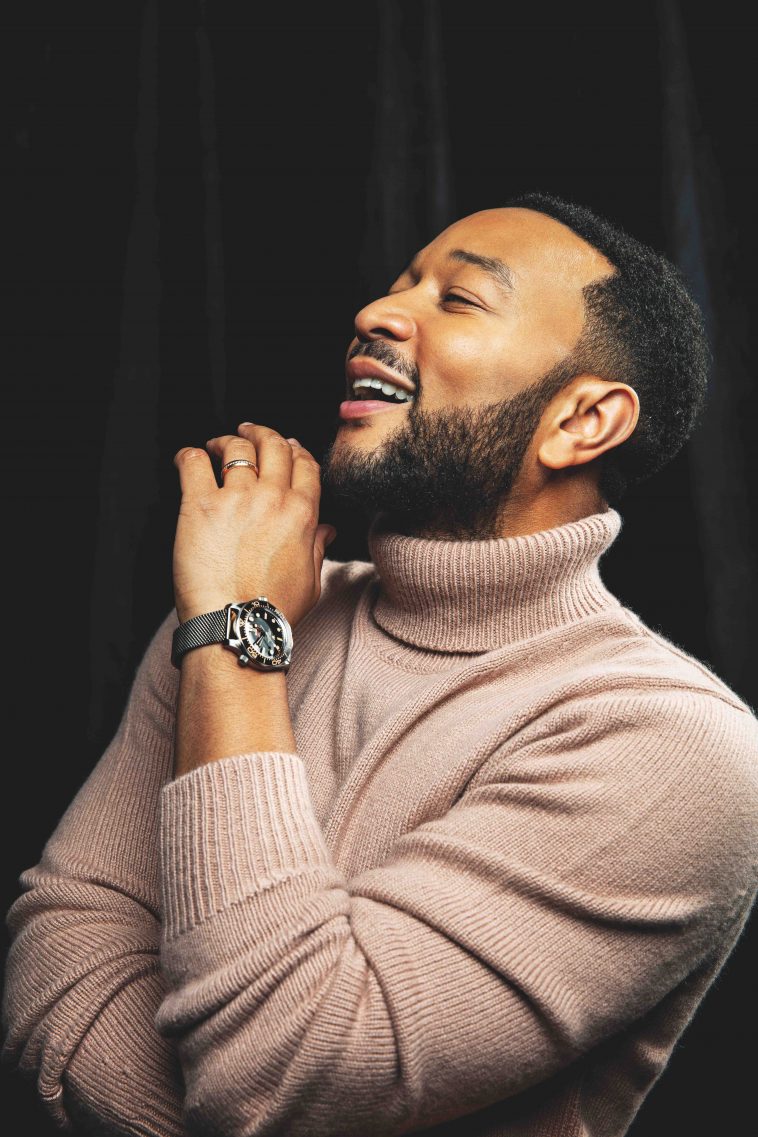 Critically acclaimed artist John Legend is the cover star of the latest issue of Rollacoaster Magazine.

In the accompanying interview with James Coward, John discusses everything from juggling touring with family life to his gospel roots, his forthcoming new music to those Arthur memes.

Earlier this month, John released his new single ‘Actions’ which samples David McCallum’s ‘The Edge,’ which is also featured on Dr. Dre and Snoop Dogg’s ‘The Next Episode’. The track follows on from ‘Conversations in the Dark’, which was released earlier this year.

Both tracks are taken from John’s forthcoming album, due for release this year. Speaking about his new body of work, John told Rollacoaster: “[The album is] honest, soulful and sexy. I’ve written about the complexities of relationships, the ups and downs, the thrills and the disappointments. I think the overriding message is one of love, hope and resilience.”

Speaking about ‘Conversations in the Dark’, John added that the track “is about the pretty inconsequential, minor things that define so much of the core of your relationship. More than these big, major milestones, it’s the little, simple things that are so meaningful and so memorable and I wanted to write a song about that feeling.”

It’s no secret that John often pays homage to his gospel roots in his music. During the interview, he referenced this, stating: “A lot of the time I’m not even trying to consciously incorporate gospel; it’s just a part of who I am. I feel like I’m almost purely a gospel pianist more than anything else.”

Alongside his new album, the EGOT winner is due to head out on his Bigger Love tour later this year. When asked how he juggles touring with his family life, he said: “I’ve toured through the different phases of my life, [from] being a bachelor in my mid-twenties, to being a forty-year-old husband with two young kids.

“I love bringing the family along and I’m excited to have them with me on the tour bus. It’s fun to see the world through their eyes. [They’re] growing up in a very rarefied space, one that I don’t have an experience dealing with as a child. I always try to figure out a way to make sure they’re not assholes.”

Finally, John also commented on the memes that have been floating around online, comparing him to the iconic cartoon character Arthur. He said: “I would see these memes online and have no idea who this character was. But, you know, I could see the re-semblance. I think it’s still in my Twitter bio.”

You can pre-order the latest edition of Rollacoaster Magazine here.