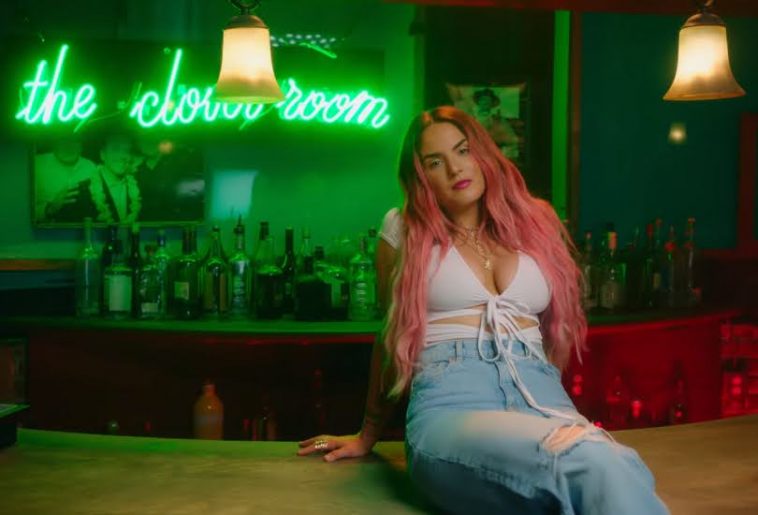 JoJo does not stop, and we are living for it as she’s totally making up for all that lost time due to record label problems, this week saw her drop a new single and a new music video in promotion of her deluxe version of her good to know album, which is now available to pre-order and pre-save. Not only that, but she announced collaborations with Demi Lovato and Tinashe. This song release follows up her recent collaboration with Y2K on the single “Damage Is Done”.

This is one sure-fire hit, and it marks her sixth music video of 2020 – seventh if you count her quarantine song titled “Chill (Stay In)”. This new track has been written by Blu June, Brittany Coney, Denisia Andrews, Joanna Levesque (JoJo), and Matias Saabye Peschcke-Køedt (Galimatias), whilst it has been produced by NOVA Wav. As for the music video, it’s been directed by Santiago Salviche, produced by Antonio Flores, and the production company behind the music video were Triple Seven Productions. JoJo is also joined by four dancers who are, Dominique Battiste, Alexandra Carson, Ivan Maric, and Denzel Chisolm.

Watch JoJo’s Music Video For “What U Need” Here:

R&B fuelled from the minute JoJo kickstarts the track, “What U Need” is an addicting and unstoppable number that you can’t help but vibe to. JoJo’s impressive vocals blow us away – once again – whilst also maintaining the flow and rhythm of the song. Her runs are completely off the chart, and her emotions flood the song so much so that every listener can identify with her and the song itself. Towards the end of the song, JoJo steps out to switch up the rhythm and give us a truly unforgettable final verse. We all needed this “What U Need” track in our lives, and now we can’t stop listening to it.

The music video sees JoJo knocking out dance choreography, giving us the stage presence we’ve seen in person plenty of times. She interacts with her dancers throughout and it just feels like a dancing session amongst friends. All five of them are confident, sassy, sexy, and fierce, bringing fire from start to finish.

“What U Need” by JoJo is available to download and stream right now, via Warner Records Inc. Look out for the deluxe version of JoJo’s good to know album on 28 August 2020, which includes collaborations with Demi Lovato and Tinashe.

What do you make of JoJo’s new single and music video, “What U Need”? Let us know on Twitter @CelebMix.