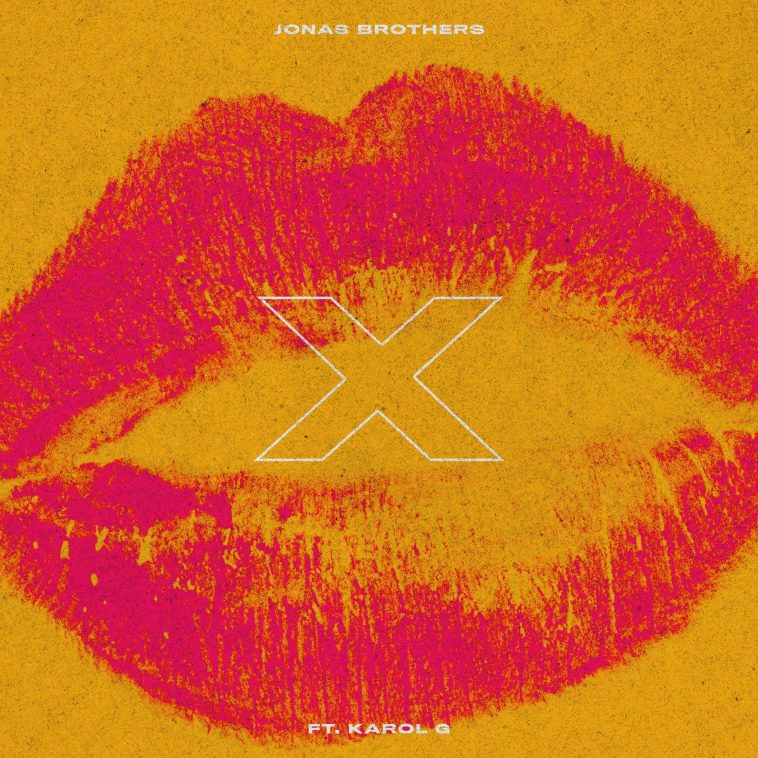 The Jonas Brothers are the gift that keeps on giving. After unveiling a new track during the end credits of their new concert film Happiness Continues, Joe, Kevin and Nick have confirmed that ‘X’ will finally be released this Friday (May 15).

The band have been teasing the release of ‘X’ over the past few days after retweeting random fan tweets about the song. Earlier they finally confirmed the release date and also shared the artwork, which features red lips on a mustard yellow background with a simple X in its centre.

To coincide with the release of ‘X’, the Jonas Brothers will be participating in a virtual SiriusXM Hits 1 Celebrity Session hosted by The Morning Mash Up this Friday. The trio will be interacting with an audience of frontline healthcare workers and their families from across the country as well as answering fan questions about their music, and their Happiness Continues tour documentary.

Speaking about the forthcoming virtual session, the band said: “We’re really looking forward to be able to come together and connect with a group of some of the incredible healthcare workers and their families. Thank you to SiriusXM for the opportunity and for putting together the Celebrity Session.”

Scott Greenstein, President and Chief Content Officer of SiriusXM, added: “”Healthcare workers nationwide have been on the frontlines working tirelessly to keep our families safe and healthy. SiriusXM is honored to have the opportunity to thank a group of these brave healthcare workers and their families with a very special virtual Celebrity Session featuring the Jonas Brothers.”

‘X’ is available to pre-save now.

Are you excited for the release of ‘X’? Let us know your Jonas Brothers thoughts on Twitter @CelebMix