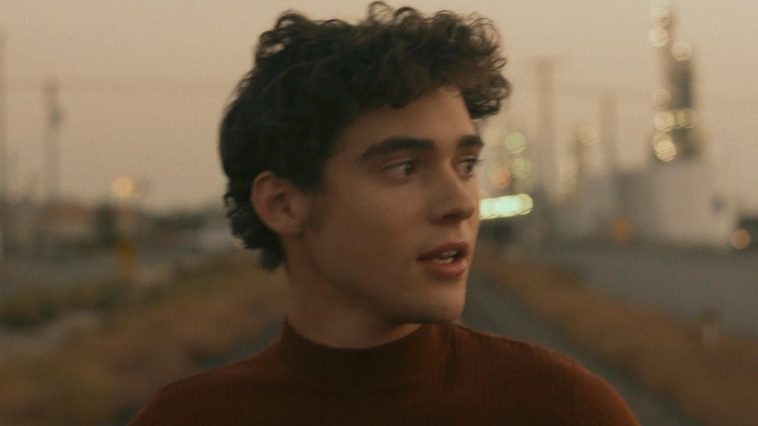 Just two weeks after Joshua Bassett released the lead single for his upcoming EP, his is back with another song. “Only a Matter of Time” was released on January 28th at 3pm PST/ 6pm EST, along with a music video.

The video is simple and features Bassett singing on train tracks, belting his feelings out. The background is blurry, so the viewer focuses solely on him.

“Only a Matter of Time” is a complete 180 from his last release, “Lie, Lie, Lie.” “OAMOT” goes back to the ballads that Bassett has put out before.

Posting on his Instagram story, Bassett revealed the meaning of the song. “I wrote this song in the summer of 2020 in a moment in time where social media was bringing a lot of darkness to my life. It was healing to put my phone down. turn off the noise and just write. There’s good that comes from social media, but it’s also become a place where people can say anything about anyone, no matter how false or damaging with no accountability. We’ve gotta be much kinder to each other and recognize there are real people behind the screens!”

Judging by the time he said he wrote the song, Bassett is probably referring to last year when a string of celebrities were accused of sexual assault, including Bassett. The now-deleted account had made up the accusations and Bassett was sick to his stomach after hearing those false accusations and was dangerous to those who actually dealt with assault.

Clearly the incident took a toll on him and inspired him to write about it, singing about karma coming back to them and confessing about lying. However, the song can be related to any situation a person is going through- a break-up, a friend betraying them.

“Only a Matter of Time” is now available on all streaming platforms.

At only 20 years old, Bassett is slowly becoming one of music’s best new artists. Be sure to be on the look out for his EP, coming later this year and if you haven’t already, buy some merch. You will be helping out a worthy charity.

What do you think of “Only a Matter of Time?” Let us know on Twitter at @CelebMix.