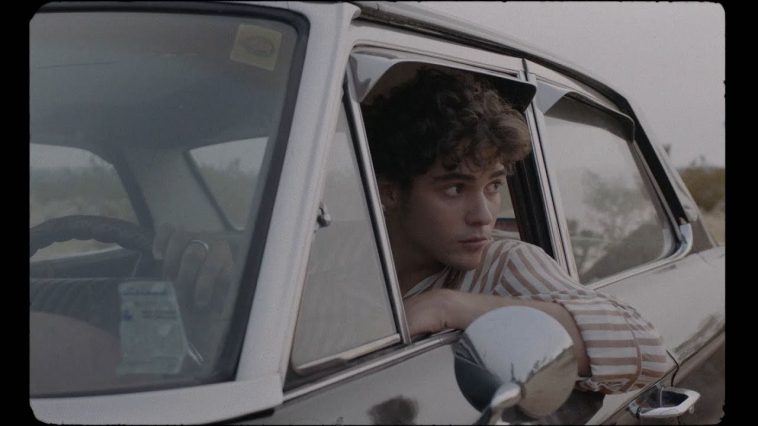 High School Musical: The Musical: The Series star Joshua Bassett is back with another song. “Lie, Lie, Lie” was released at 3pm PST on January 14th.

Straying from the ballads he has released before, “Lie, Lie, Lie” is uptempo, fast, and has a heavy guitar beat. You can feel the emotion in this song and it will definitely help people who have gone through the same thing to blow off some steam.

The music video, directed by Gus Black, also premiered exclusively on MTV and YouTube. The video shows Bassett singing in his house, in a dessert, and hanging out of a car. At one point he is arguing with a girl, supposedly the one who lied, lied, lied.

According to Bassett’s Instagram story, “Lie, Lie, Lie” is about finding out a friend was lying behind his back for a long time and threw him under the bus to benefit themselves. Even though it happens to everyone, he encouraged his followers to build others up, not tear them down.

This will be the first song from Bassett’s debut EP, which is set to drop “soon,” according to his Instagram. You can preorder/presave the EP now!

He teased the song on TikTok last year, which was originally called “I Know (Lie, Lie Lie)” along with other unreleased tracks. Judging by the short snippets he has released, his EP is sure to be fire.

Last year, he released his debut single, “Common Sense” and another tune “Anyone Else,” both showcasing his talent and potential as an artist, giving fans Shawn Mendes vibes. For the High School Musical: The Series: The Holiday Special, Joshua also wrote and performed his original song, “The Perfect Gift.”

Be sure to rep Joshua by purchasing merch from his online store. 100% of the proceeds go to one of 5 charities, which you can pick. More merch will be arriving in the coming weeks, so stay tuned.

He is currently filming season two of “HSMTMTS” and working on music, so 2021 will be a big year for him.

What do you think of the song? Let us know on Twitter at @CelebMix.