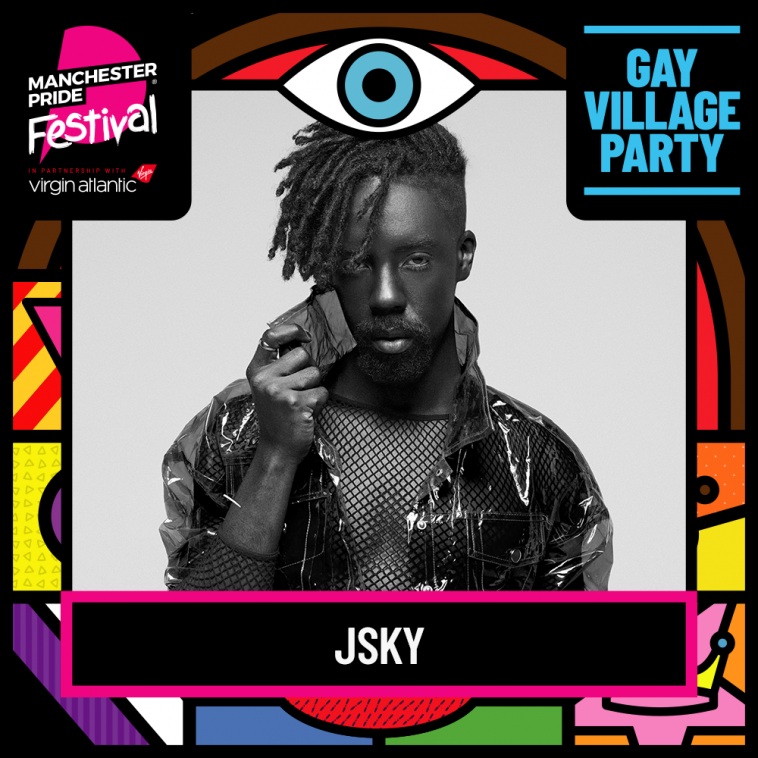 Other acts on the bill include Britain’s Got Talent finalist Danny Beard and singer Tom Aspaul.

Last year, due to the pandemic Jsky hosted Manchester Pride online with Danny Beard across digital platform StreamGM. Whilst many Pride events such as London Pride have been cancelled again this year due to difficulties with restrictions, Manchester Pride will still be going ahead.

Earlier this year Jsky released a new fashion forward EP titled À La Mode driven by pop-bop single Want U. This came after a series of performances supporting artists such as Tom Zanetti, Seann Miley Moore, Misha B and Dappy, and amidst praise from RuPaul’s Drag Race winner Bob The Drag Queen and the Major of Manchester Andy Burnham.

Jsky has promised a “20-minute set” featuring music from his EP À La Mode plus a “few surprises”.

You can catch Jsky live at Manchester Pride on the Alan Turing Stage as part of the Gay Village Party on Sunday 29th August at 18:50-19:20.