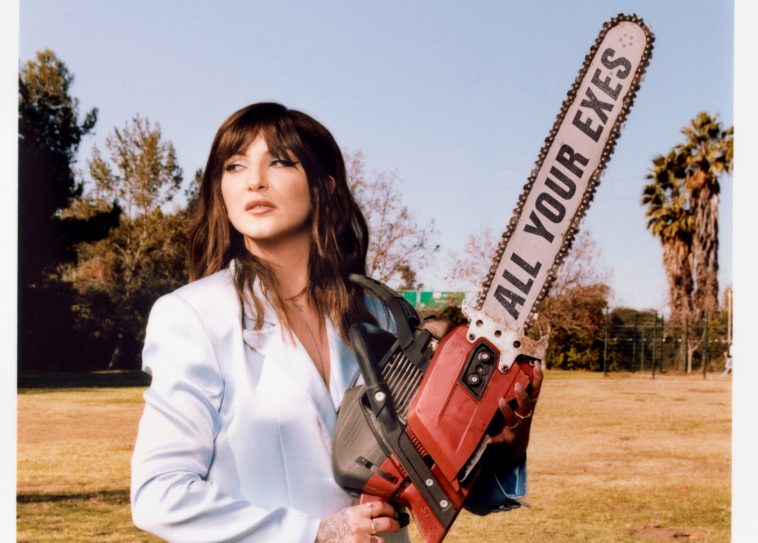 Julia Michaels has released the music video for her latest single ‘All Your Exes’, a thrilling visual which sees her take on the role of a psycho killer.

Directed by Blythe Thomas, the clever visual brings the song to life in the most literal sense. Paying homage to cult classics such as Serial Mom and American Psycho, the visual sees Julia invite her boyfriend’s exes over for dinner.

However, it soon become clear that a nice meal is the last thing on Julia’s mind, as she takes out the exes one by one to ensure that no-one will bring them up ever again. The dramatic visual perfectly encapsulates the tongue-in-cheek lyrics, which Julia co-wrote with her boyfriend and fellow singer-songwriter JP Saxe.

‘All Your Exes’ visual

Speaking about the visual, Julia said in a press release: “I think this is the most fun I’ve ever had making a music video. I’ve never really played a character before, so it was fun to let loose and show a side of me that fans haven’t seen.

“I feel like we all have those moments in relationships where our minds go to ridiculous places- like clearly I don’t want to kill your exes, but that doesn’t mean I haven’t thought about it,” she laughs.

‘All Your Exes’ is taken from Julia’s forthcoming debut album which is due for release on April 30. Talking about the album, she added: “This album shows another side of me, because for the first time I’ve experienced a new kind of love, one that has been happy and healthy, and the songs reflect that. Oh wow, that sounds gross hearing myself say that but I’m still excited to share them.”

‘All Your Exes’ is available to download and stream now.