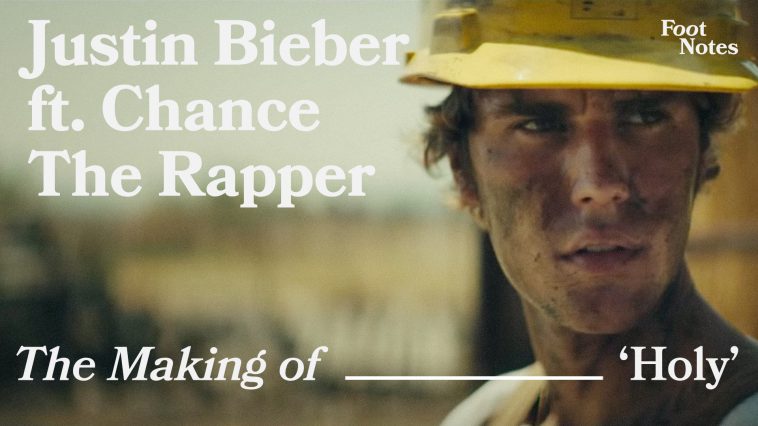 Justin Bieber, alongside director Colin Tilley, has recorded an exclusive Vevo Footnotes episode where they reveal the meaning behind the music video for Justin’s latest release Holy, ft Chance The Rapper.

The video for Holy broke a career record for Justin as it was his most viewed video in 24 hours, with a narrative reflecting the pain and frustration people are suffering across the world right now.

“When Justin sent me the song…I really wanted to know the meaning and what it meant to him. He was like ‘You could be having the worst day in the world but what kept me going was the love I had with my wife which is the meaning behind ‘Holy.’”

The story developed by looking at what people around the world are going through. people are losing their jobs, the idea of strangers helping each other can change the outcome of everything.

To make sure the performances came through authentically, the entire video was shot with dialogue and played out as real scenes. The scenes were filmed over two days in Pomona.  The video stars actress and singer Ryan Destiny who you may recognize from television series such as Star and Grown-ish.

Let us know what you think of Justin’s Vevo video on @CelebMix!