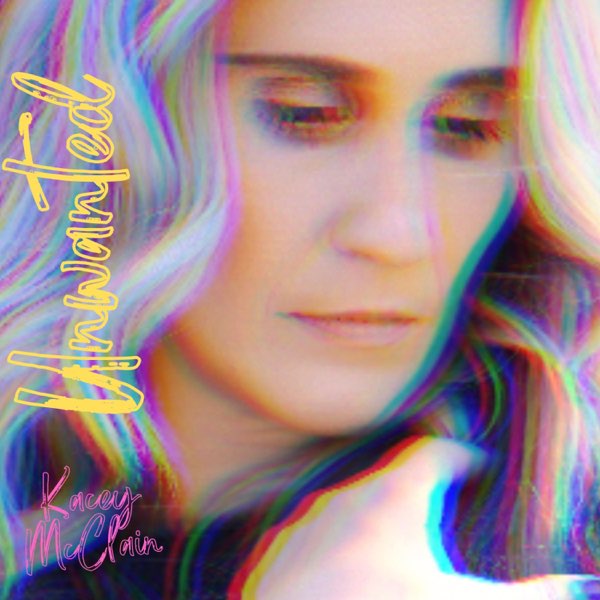 Recently released is this addicting new track by Kacey McClain, titled “Unwanted”, allowing her to explore her vulnerable side and deliver a highly-relatable song. This follows up her previous single “Living Life for Me”.

Kacey McClain is a singer-songwriter from Greenville, Texas but now lives in Los Angeles. She grew up in a Southern Baptist and didn’t come across mainstream music until age 10 when she heard “Hero” by Mariah Carey, which led her down a whole music journey, especially after hearing Avril Lavigne’s album “The Best Damn Thing”. When she went off to college, she originally studied Animal Science, before the college dean suggested she pursue her passion for music. She moved to Los Angeles, by way of Colorado, and discovered such a creative community that encouraged her music aspirations. She has gone on to collaborate with songwriter Richard Harris and producer Lucas Sader. Her career hasn’t been without its challenges, after being hospitalised, isolated, and quarantined due to a life-threatening C. diff infection, Kacey McClain is advocating for more education surrounding this little-known but deadly illness. She is also an advocate for the destigmatisation of eating disorders. Her music has already gone on to reach some big successes with her most-streamed Spotify track, “My Own Damn Paradise”, reaching over half a million streams, with “Sing My Heart Out” being behind with over 300,000 streams. Her passion, devotion, and work ethic for her career as well as her advocating for more education into medical conditions, just proves why she deserves to become a household name, add on top of that her incredible vocals and addicting songs, and we truly do have a star on our hands.

Written by Colin Idzikowski (Colin Keller) and Kacey McClain, “Unwanted” is a highly-produced pop song which allows this unforgettable singer to shine in more ways than one. There are awesome house drops which hit right after the chorus making the track truly memorable, while also toning it back to allow breathing room for Kacey McClain’s voice. Unlocking the deep emotion within herself, this singer-songwriter has created one special track, which is highly relatable to many as we’ve all been in toxic relationships and we all know how it feels to be unwanted. Pure pop vocal perfection, Kacey McClain makes an empowering statement about always knowing your worth and always making the best decisions for yourself.

Talking about the song, Kacey McClain said: “Co-written with Collin Keller, ‘Unwanted’ was written about a relationship a couple of years ago that both started and ended badly. The reason I gave the relationship a chance was me trying to open my mind and grow personally and I was going through the loss of my Mom so loneliness was at an all-time high. I later regretted my decision to give this open relationship a try but you live and learn! In the end, I learned that I want to be my person’s priority in a relationship and that I couldn’t settle for someone who would never make me a priority and, in the end, I didn’t want him either, so we were both unwanted!”

“Unwanted” by Kacey McClain is available to download and stream across all platforms, right now.

Let us know what you make of “Unwanted” by Kacey McClain on Twitter @CelebMix.