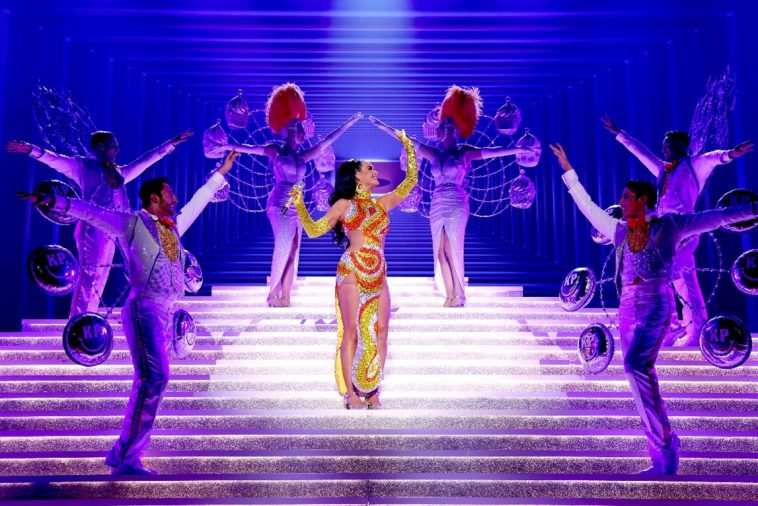 Katy Perry will continue to wake up in Vegas throughout the Summer because the pop star just announced 16 new dates to her residency, PLAY. After rave reviews, sold-out shows and demand from fans, Perry decided to continue to larger than life show.

Tickets for the new dates go on sale on Jan. 29 at 10am PST, which just so happens to be the same date that she will be performing on Saturday Night Live. This will be her fourth time as a musical guest on the show. Fans are expecting her to sing her latest track, “When I’m Gone” featuring Alesso and probably another song from her latest album, SMILE. Willem Dafoe will host.

Katy performs her greatest hits, new and old, including a cover of Whitney Houston’s “Greatest Love of All” at the brand-new Resorts World Theatre.

The show has caught the attention of many media outlets, which have given the show positive reviews. Rolling Stone declared, “’PLAY’ time has begun in Las Vegas.” The show was hailed as a “… sensory explosion” by Billboard, “… the complete confection” by Vulture and “… quintessential Perry” by Elle.com. Vogue noted, “Katy Perry is still the queen of camp.”

Will you be attending a show? Let us know on Twitter at @CelebMix.