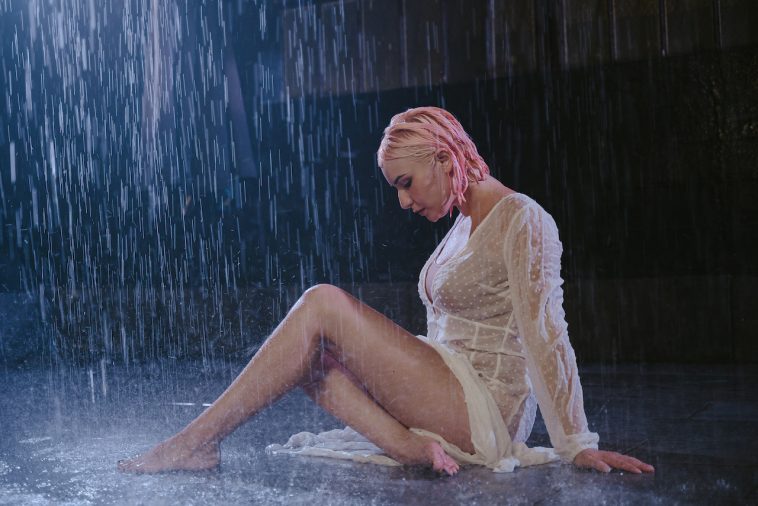 Electro pop artist KEANA just released her new single and visuals for “Teardrops.” The multi-disciplined artist, who is also versed as a music producer, audio engineer, and sound designer, studied jazz as a child and brings a world of imaginative storytelling and vivid cinematics to all that she creates.

In “Teardrops,” KEANA has a message for her listeners about healthy relationship dynamics. KEANA confides, ” ‘Teardrops’ speaks about realizing someone can only love you as much as they love themselves. The story is about being in a relationship with a ‘Fixer-upper,’ this person seems put together on the outside but deep down they’re filled with insecurity and fear which often gets taken out on the partner. Eventually I take comfort in feeling my emotions and wish the other person would do the same.” Featuring impassioned vocals, honest lyricism, and genre-bending electronic soundscapes, the song relates to the feelings of being on a rollercoaster in a toxic relationship.

In the accompanying visuals, KEANA is seen decompressing in a bar bathroom and desperately singing in the rain, with the raindrops symbolizing the tears she’s regretfully shed in the relationship. The visuals are complete with a mixture of pastel and dark muted colors, emotive choreography, and finely crafted symbolism to portray the complex array of emotions tied to her partner.

KEANA is a Los Angeles based artist who draws influence from leading female songwriters such as Lana Del Rey, Grimes, Portishead, Massive Attack, and Bjork. Her dreamlike soundscapes and visuals have become signature for the artist, who delivers powerful messages in an engaging and mesmerizing way. “Music is a healing gift, a chance for people to connect with others, to think, to feel, to let go, to escape,” confides KEANA.