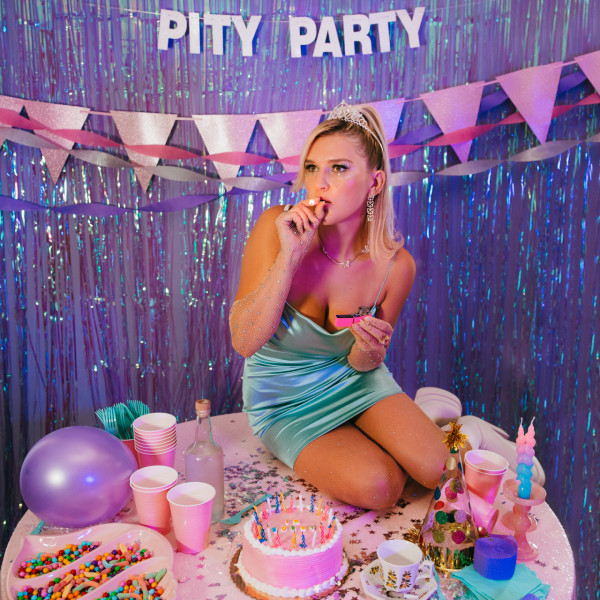 Kendall shares, “I wrote ‘Pity Party’ in the aftermath of another failed relationship. Here I was, sitting there, feeling bad for myself, and running through all the moments that could have led to this. And I came to the conclusion that I am the common denominator of all my failed relationships, therefore I might actually be the problem. This song is about all the ways we self-sabotage in life. It’s a look at all of the raw, messy, ragged, somewhat ugly parts that make you a whole person. I hope it inspires listeners to dissolve your own illusions and indulge in your imperfections. It’s a reminder that throwing ourselves a little pity party is also part of the healing process.”

Talking about her music in the film, Kendall says, “The music actually works really well; I think the music became integral to the plot and feeling of the movie. I got to see the actual clips with my songs in the movie and it is such a cool experience to see your songs put to images and it really brings them to life.”

When she was seven years old, Kendall began piano and vocal lessons and grew up listening to Britney Spears and Michelle Branch, as well as drawing inspiration from Joni Mitchell, Carole King, Stevie Nicks, Alanis Morissette, and Sara Bareilles, while paying close attention to artists of her generation like Julia Michaels, Ashe, Maggie Rogers, Chelsea Cutler, and Taylor Swift.

“Hey, I’m sorry I was heavy to hold / These are the lessons that you learn as you get older / Balancing this weight on my shoulder / Hey, I’m sorry I pushed you away / Every chance I had I made a mistake / I still want you around, but I’m scared of the comedown.”

Kendall Amon has it going on! On “Pity Party,” she parades her stellar songwriting ability, along with her crème de la crème voice.