Music has no language. It is a form of an expression which defines us better than words. As the whole world is celebrating the new year. Here are some K-pop songs to party and celebrate 2016.

K-pop stands for Korean Pop Music. Kpop is all about music, dance and artistic videos. 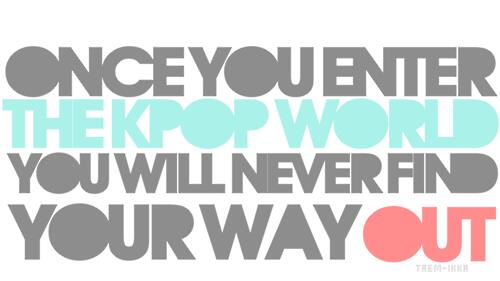 Proceed at your own risk!

Park Jae-sang aka PSY is a South Korean singer, songwriter, record producer and rapper. Psy is known  for his humorous videos and stage performances, and internationally for his hit single “Gangnam Style.” His fandom is called PSYcho. This year he came back with “Daddy.” This song shows that how to be proud of our ancestors by depicting three generations in this hilarious video.

Girls’ Generation, also known as SNSD, is a South Korean girl group formed by S.M. Entertainment. The group is composed of eight members. They debuted on August 5, 2007, with its debut single and got fame from their song “Gee.” Their fandom is called SONE (So-One) and their signature colour is Pastel Rose. The track “Party” has a summer theme and is a good start to celebrate 2016.

Bangtan Boys, also known as BTS, is a seven-member South Korean boy group formed by Big Hit Entertainment. They debuted on June 13, 2013, with the song “No More Dream.” Their fandom is called A.R.M.Y. Their songs highlight the problems faced by youth. Recent music videos include: “I Need U” and “Run.”

“DOPE” is an electronic hip-hop number, with impressive saxophone in the background. The beats give off a “let’s party all night” feeling, but BTS took a unique approach. The members express their hustle with lyrics like “Over half of the day, we drown in work.” BTS says it’s their “swag” to practice hard and make good music, even when the others are having fun and partying. It is energetic song accompanied with strong choreography. You would definitely try to dance like them. DOPE! DOPE! DOPE!

Kim Nam-joon aka Rap Monster, is a South Korean idol rapper and singer-songwriter. He is the leader and main rapper of the BTS(Bangtan Boys). Rap Monster collaborated with the Hollywood film “Fantastic Four,” to release a digital single inspired by the movie.

The lyrics depict the heroes, their powers and characters, along with the catchy beats and composition all done by Rap Monster himself. Rap Monster explained, he thought about how the characters in the movie and how they got their super powers regardless to their wills, then compared it to how he was brought on to stage by other people. Also, Rap Monster mentions his two favorite characters, “The Thing” and the “Human Torch”, in the lyrics, such as “I want to be normal”, “Call me a human torch, I want to burn like fire”, “Burn” and more.

Seventeen, aka SVT is a South Korean boy group formed by Pledis Entertainment. The thirteen-member group is categorized into three different units to showcase their individual areas of specialization: a hip-hop unit, a vocal unit, and a performance unit. They debuted on May 26, 2015, with a live showcase of their tracks which included “Adore U.” This song shows harmony amongst their voices. As soon as you hear it, you’ll sing to it. Recent music video: “Mansae.“

iKON is a South Korean boy band formed in 2015 by YG Entertainment. The group consists of seven members. They debuted on September 15, 2015, with their song “My Type.” Their fandom name is IKONIC. This track is upbeat and shows having fun is all about being dumb. “Dumb & Dumber’ also hints a modern take on titans from a Japanese anime series,  “Attack on Titan.”

Apink is a South Korean girl group formed by A Cube Entertainment in 2011. It consists of six members. Their fandom is called Pink Panda and their signature colour is Pink. “Remember” is a refreshing song which is focusing on leaving this stressed life behind to cherish the beautiful moments and making wonderful memories with our loved ones.

Shinee is a South Korean contemporary boy group formed by S.M. Entertainment in 2008. The group consists of five members. They made their debut on May 25, 2008. The fandom is called Shawol(SHINee World) and their signature colour is Pearl Aqua Green. In the music video, some obsessed fangirls kidnap their favorite boyband and goes on a road trip. Eventually, the boys started to have fun as they are not followed by their management company and crew. They loved doing simple things and being free. The aesthetic music video and melody are pleasing to eyes/ears. SHINee came back with their latest Halloween-themed music video, “Married To The Music.”

B.A.P an acronym for Best Absolute Perfect is a six-member hip-hop South Korean group formed in 2011 under the management of TS Entertainment. On January 26, 2012, B.A.P made their recording debut with the single “Warrior.” Their fandom name is called Baby and their signature colour is Matoki Green. This song is based on their individual experiences, as earlier the band was about to disband due to the dispute with their managing company. Eventually, things got better and they had a comeback this year with “Young, Wild & Free.” The song depicts the perks of being a youngster.

Red Velvet is a South Korean girl group formed by S.M. Entertainment. The group debuted on August 1, 2014. The group is composed of five members. Their group name represents the group concept itself, where it defines the two different images (Red and Velvet) portrayed in the group’s music and performance. Red is their vivid and bold image, whereas Velvet reflects their classy and toned-down side. The band got famous through their song, “Ice Cream Cake.” Dumb Dumb is an uptempo pop dance song by British composing team LDN Noise, who also worked on SHINee’s Married to the Music and View.

EXO is a Chinese-South Korean boy band based in Seoul. Formed by S.M. Entertainment in 2011, the group currently consists of ten members separated into two subgroups, EXO-K and EXO-M, performing music in Korean and Mandarin. Their fandom is called EXO-L and their signature colour is Grey. They got breakthrough hit from the track “Growl.” Their recent videos are “Love Me Right” and “Sing For You.”

“Call Me Baby” is a funky song which is wonderfully cinematographed. The band expresses the likeness for a girl and how they feel when they call her name. Now, they want that girl to call them. So, go and call E-X-O!

One of the most anticipated moments in 2015 was the release of Star Wars: The Force Awakens. They collaborated with EXO to blend lightsabers with music. Where is my lightsaber? Oh, EXO took it, just as a precaution they would need an extra during the fight with the dark lord. Lifesaver, Lightsaber!

BIGBANG is a South Korean boy band formed by YG Entertainment. It consists of five members. The group officially debuted on August 19, 2006. Their fandom is called V.I.P. and their signature colour is Black & Yellow. In this music video, the band members are showing that they love to party and enjoy hanging out with friends.

Amber Josephine Liu, also known as Amber, is an American rapper and singer currently active in South Korea. She is a member of the South Korean girl group “f(x).” She debuted as a solo artist in February 2015 with the release of her EP, Beautiful. Her fandom is called Embers. “Shake that Brass” is a cool hip-hop song which is catchy and makes you dance along.

BEAST stylized as B2ST, is a six-member boy band from South Korea, formed in 2009 by Cube Entertainment. The fandom is called B2UTY and their signature colour is Dark Grey. “YeY” is a party song, but the lyrics are kinda sad. Let’s say YEY to 2016!

Got7 is a K-pop boy group formed by JYP Entertainment in 2014. Got7 has seven members. They are a multinational group with members from South Korea, Hong Kong, Thailand, and the United States. Their fandom is called I Got7. They debuted on January 20, 2014, with the release of their first Japanese single, “Around the World“. “Just Right” is a confidence boosting song which makes you feel good about yourself. The music video is vibrant and cutely cinematographed. Recent music videos include:  “If You Do” and ” Confession Song.“

2PM is a South Korean idol group managed by JYP Entertainment. The fandom is called Hottest and their signature colour is Metallic Grey. This song is a mixture of ballad and pop. The music video is a blend of the fairy tales you’ve read in your childhood.

4Minute is a five-member South Korean girl group formed in 2009 by Cube Entertainment with music singles and albums released primarily in South Korea and Japan. The fandom is called 4NIA and their signature colour is Pearl Purple.

Monsta X is a South Korean hip-hop boy group formed by Starship Entertainment in 2015. The group consists of seven members. The group’s name Monsta X is derived from the word ‘mon’ which means ‘my’ in French and ‘sta’ which is shortened for ‘star’. Therefore ‘Monsta’ means ‘my star’. Meanwhile, the ‘X’ represents the unknown. The second meaning is they’re the monster that will possess your heart. Their fandom is called Monbebe. Their recent music videos are “Rush” and “Hero.”

Madtown, often stylized as MADTOWN, is a seven-member South Korean boy group, formed in 2014 by J. Tune Camp. Their fandom is called Madpeople.

Continuing the tradition from their last year’s debut title song “YOLO,” this year they brought “New World” which focuses on similar meaning and is a refreshing take on hip-hop. The music video has a setup of boxing tournament accompanied by smooth dance moves. The song delivers a positive message that working hard for things you don’t love would lead you nowhere. Leave the boring life and do something new and  don’t care what others might think about you. Start with the new beginning, listen to your heart and do your best. Do what you love and enjoy the life. Indeed, MADTOWN knows that we’ll only live once, so celebrate 2016 with this spirit and live it to fullest.

The Ark is a five-member South Korean girl group under the management of Music K Entertainment. Their name and logo were inspired by the famous French heroine Joan of Arc. ‘THE ARK’ is a Multicolor group showing various images reflected by the public, not insisting the only one concept, meaning to be the new icon which is strong but delicate as well as active but independent. They debuted in April 2015 with their single, “The Light.”

Just put your hands up!

All I can say is that “OMGT” will be your favourite acronym.

All of the songs mentioned above were released in 2015, except for the bonus track (Hand’s UP).

Hope you guys liked these songs and that some of you would’ve  even danced to them.

Welcome to the world of KPOP! (diabolical laugh)

Happy new year and have fun.