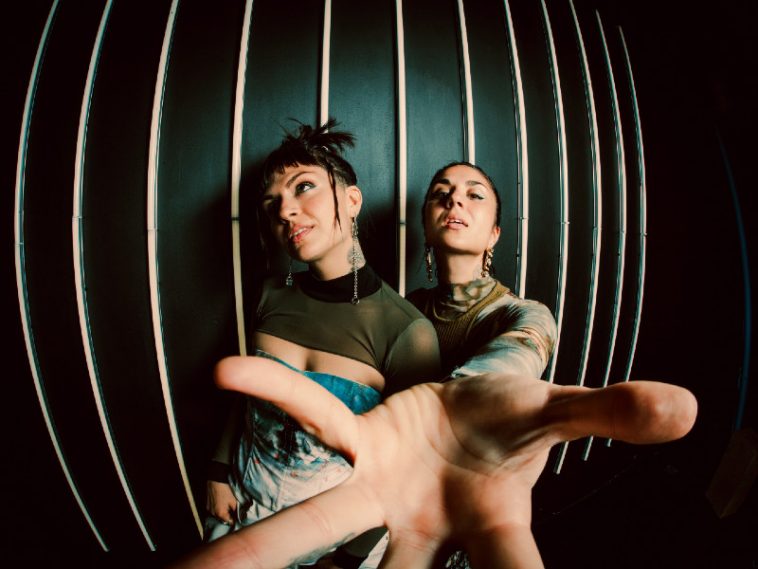 Krewella recently unveiled their brand-new single/lyric video, “I’m Just A Monster Underneath, My Darling,” a track from their upcoming third studio album, The Body Never Lies, slated to drop March 4.

Talking about the song, Krewella says, “‘I’m Just A Monster Underneath, My Darling’ is a story told from dual perspectives: both the victim and antagonist, the predator and prey. Through anger, despair, and power, this song explores the possibility that below the surface, perhaps both exist in everyone, regardless of who they see themselves as in the narrative.”

Previous singles from the album include “Never Been Hurty” with BEAUZ and “No Control” with MADGRRL. On “I’m Just A Monster Underneath, My Darling,” Krewella experiments with infectious elements of drum and bass, highlighted by their delicious mounting vocals.

Krewella exploded on the music scene in 2012, releasing their debut EP, Play Hard, which has amassed more than 150 million Spotify streams. In 2013, they released their debut album, Get Wet, via Columbia Records. Since then, Krewella has delivered a succession of contagious music.

Made up of sisters Jahan and Yasmine, who grew up in a Muslim household, Krewella performs the seemingly impossible task of merging the values and traditions of both the East and the West. Along with residencies at Las Vegas’ Light, Omnia, Daylight Beach Club, Wet Republic, Mandalay Bay, and Caesars Palace/MGM, Krewella has performed at elite EDM festivals throughout the world, including Ultra Music Festival, Electric Daisy Carnival, Stereosonic, Spring Awakening, Sunburn Festival, Coachella, Lollapalooza, EDC Las Vegas, and Paradiso festival.

“I’m Just A Monster Underneath, My Darling” validates Krewella as one of music’s crème de la crème artists, as well as their musical evolution.