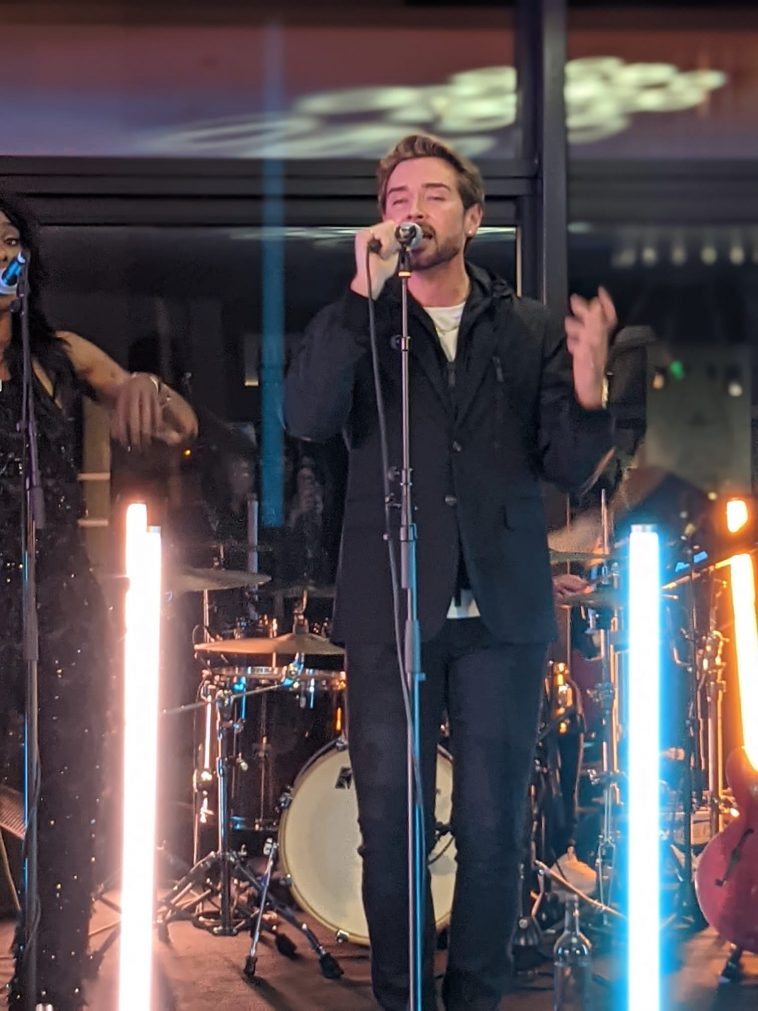 Kris James took to the stage in an exclusive, top secret album launch party at the Hope Street Hotel in Liverpool last night – and we were there to get the inside scoop.

The pop star’s debut album has been a long time in the making, and it’s with this post-pandemic show that he is able to perform these songs live for the first time. Opening with the tropical house-inspired ‘Naive’, the song’s energy instantly captured the attention of the room around him, filled with only his closest friends and family (and us!) Backed by a full band and three pitch-perfect backing singers, James showed himself to be a truly promising talent, a superstar in the making.

Stand out of the night was the hit song ‘Get Back To Love’, a groovy number that got the whole crowd moving and dancing to the funky bassline and beats. In typical Kris James fashion, it’s a catchy song which is so much more than what it seems on the surface. Specialising in pop bops with deeper meanings is truly Kris’ speciality, something demonstrated in his closing track, ‘9 Lives’, which tackles a doomed, on-again-off-again relationship.

The performance overall was short and sweet, a little snippet into the life of Kris James – or at least a document of what he has been through since beginning to write these tracks more than a year ago now. This show was the culmination of years of work, which was evident in the amount of dedication and emotion that Kris James put into his performance.

Debut album launches are hopefully just the beginning of a stellar pop career for one Mr. Kris James. Listen to the album below and keep an eye on his socials to stay up to date on more live shows!