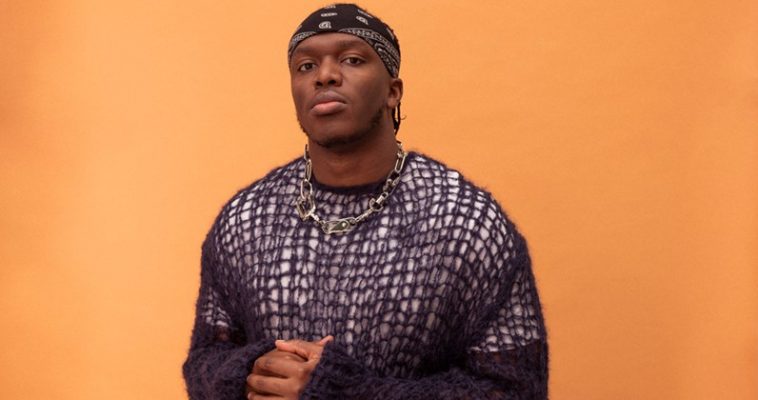 British recording artist KSI has today (April 26th) announced details of his highly anticipated second studio album, All Over The Place – along with the news he is to play his biggest live headline show to date, at The SSE Arena, Wembley next year.

Serving as the follow up to 2020’s Dissimulation, and featuring the hit singles Really Love, Don’t Play and Patience, the album sees KSI team up with an eclectic mix of artists including Future, 21 Savage, Jay1 and Gracey, on what promises to be his most innovative and accomplished work to date.

Set for release via BMG/RBC Records on July 16th 2021, All Over The Place will be available for purchase on CD, cassette, vinyl and all digital platforms, whilst album bundles with exclusive merchandise, including signed photos and limited-edition Gold disc CDs, will also be available.

All Over The Place – Official Track-listing

*The thirteenth track on the vinyl format will be an exclusive song titled, “Smoke” ft. Nevve.

Of the records upcoming release, the Houdini singer says: “I’m super excited for the people to hear this album. I’ve improved on everything I did with ‘Dissimulation’. The singing has improved. The writing has improved. The beats have more layers to it, I’m a lot more experimental, I’m way more comfortable on the mic. This album is a reflection of a lot of hard work and passion combined and i’m really proud to be releasing it.”

To coincide with the news of his sophomore albums release, KSI also confirms plans for his biggest live show to date, with the 27-year-old scheduled to play a headline gig at The SSE Arena, Wembley in London on February, 25th 2022.

Set to take place following his highly anticipated 2021 sold-out U.K. tour, which kicks off in Glasgow on Friday, October 1st, the one-off show promises to be an epic night fans won’t ever forget!

Commenting on the news of his Wembley show, KSI says: “To say I’m in shock, is an understatement. I can’t believe I’m in a position where I can play at Wembley. It’s all a bit crazy. I still remember times when I struggled to sell out 100 capacity rooms in the U.K, and now I’m at a point where I’m going to be performing in front of thousands in such an iconic arena. I’m so ready for this and I can’t wait to see you all there for the ultimate ride.”

Fans who pre-order the new album will get access to pre-sale tickets from Wednesday, April 28th at 9am.

All Over The Place is available to pre-order now. Tickets for KSI’s Wembley concert go on sale to the general public on Saturday, May 1st at 9am at www.ticketmaster.co.uk.