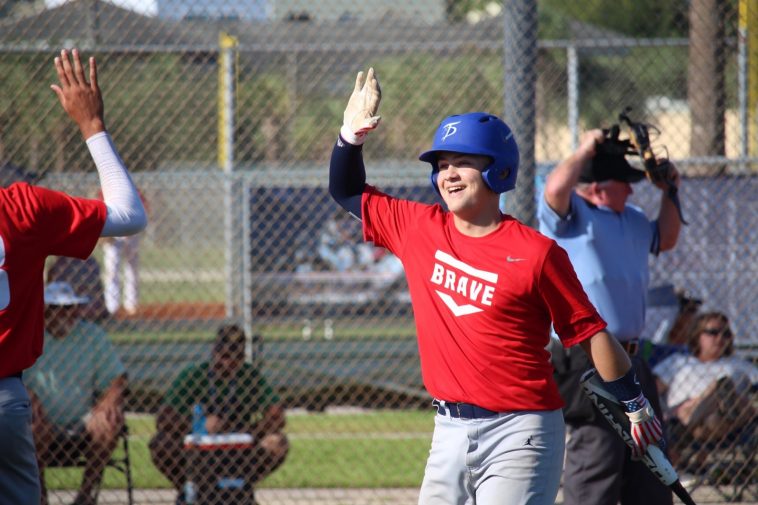 Landon Bonneville is a young and rising talent at the age of 17 in the baseball world. There’s no denying from his track record that he is not just a ‘promising prospect,’ but someone who has secured his place in the MLB in the near future.

Landon is in the class of 2022 where his primary role is of a catcher. However, he often swaps it with the role of a right-handed pitcher. You can see him practicing everyday, and even during the summers, where he plays for Western Branch Thunder. You can check out his profile and updates on his social media. It can be rather inspiring to see a young man working so hard to achieve his dreams!

Giving A Pro Run For The Money!

The young athlete has a remarkable fastball average at 77-79 miles an hour, rising up to 80. If you look at his curveball track, it can reach up to 70 miles an hour. As if that wasn’t enough! He has a commendable changeup set at 73miles. Let’s not forget that the young prodigy is just 17 years old! This means he hasn’t hit his prime yet, so we can expect growth in these stats in the future.

Landon also holds a position velocity of 74 and an exit velocity of 87. His home to 1st is 4.75 seconds and his pop is 2 seconds. To put things in perspective, that’s around a 9/10 score to becoming a promising professional player in baseball. He just needs to secure 4.2 seconds from home to 1st and maintain the POP at 2 seconds to be a pro. Isn’t that astounding?

Well, wait up! There’s more! The rising star is currently on his way to be in the 90 percentile ranking in the class. It isn’t far off when he will be in the top ranking players for his age and class.

Socializing To Build A Community

Landon is certainly a torchbearer for the future generation of pro baseball players. However, his endeavors to maintain social presence have worked remarkably in his favors. Currently, our torchbearer is maintaining a strong community, inspiring millions, and getting an acknowledgment of accomplished figures like Gary Vee and David Wright.

Well, our ambitious baseball star is certainly hitting the right home runs and making the catches that count with a compelling line-up of sponsors like Body Armour. We can expect brilliant performance and an array of achievements in the future from him. Till then, we bid him the best of luck!