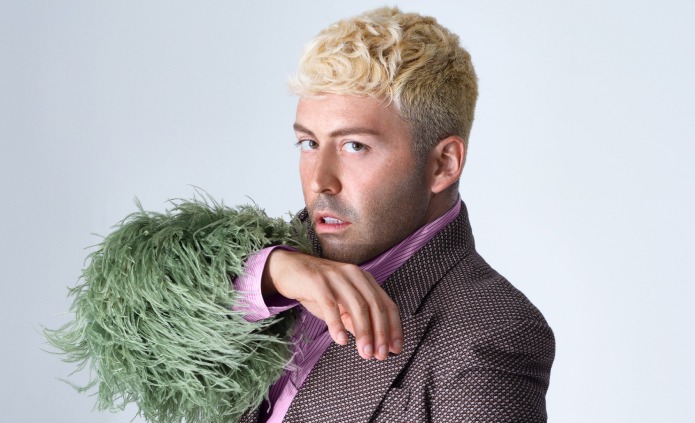 Leland make his long-awaited return to planet pop this week with the release of his brand new single, “Bad At Letting Go” – an vibrant, 80’s inspired pop banger that sees the American songwriter/producer ruminate in the emotional abyss of heartbreak following the breakdown of a relationship.

Co-written and produced by the singer along with Peter Thomas (Pink, Betty Who, Carly Rae Jepson), the track serves as Leland’s first solo release since 2019’s “Another Lover”.

In a press statement accompanying the singles release, the “Middle Of Heartbreak” singer says of the track: “The song takes place within the blip of time where a relationship has just ended but you and your now ex are the only people who know it.  You put a pause on processing the breakup and channel all of that emotion into a crisis induced dance where you feel everything, and nothing.”

Listen to “Bad At Letting Go” below:

Since making his debut back in 2011, Leland’s work has gone on to impact pop culture across music, TV and film.

As a songwriter, the LA based artist has penned huge tracks for artists including Selena Gomez, Charli XCX, Ava Max and Troye Sivan (in 2019 he received a Best Original Song nomination at the Golden Globes for Sivan’s heartfelt ballad ‘Revelation’), whilst his work on the small screen has seen him serve as composer, on-camera mentor and consulting producer on RuPaul’s Drag Race for a number of years.

As a recording artist in his own right, following the release of his debut single “Mattress”, Leland signed a deal with Universal Music and has opened for fellow performers Troye Sivan, Kim Petras, Normani and Betty Who on various US and international tours.

“Bad At Letting Go” is available to download / stream now

Let us know your thoughts on Leland over on Twitter @CelebMix now!