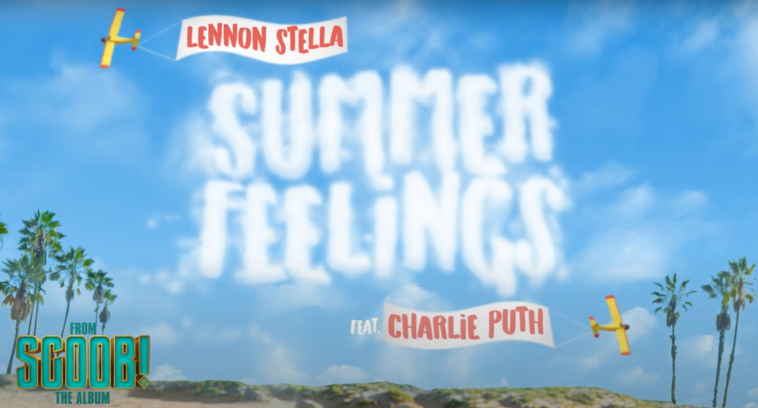 Lennon Stella and Charlie Puth have teamed up for the release of ‘Summer Feelings’, which is taken from the accompanying album to the forthcoming movie Scoob!

The breezy track perfectly complements Lennon and Charlie’s voices, and offers a fun and feel-good vibe which is much needed during the current climate.

Listen to ‘Summer Feelings’ below.

The album will also include a collaboration from Thomas Rhett & Kane Brown featuring Ava Max called ‘On Me’, as well as tracks from the likes of Jack Harlow, Galantis, R3HAB and Plested. The soundtrack will be available in its entirety from this Friday (May 15th).

Featuring the voices of Frank Welker, Will Forte, Mark Walhberg, Jason Isaacs, Gina Rodriguez, Zac Efron, and Amanda Seyfried, Scoob! is the never-before told stories of Scooby-Doo’s origins and the greatest mystery in the career of Mystery Inc. The fully animated full-length movie will be available on Premium Video on Demand and premium digital ownership from Friday (May 15th).

‘Summer Feelings’ follows on from the release of Lennon’s debut album Three. Two. One. which dropped last month. It’s also Charlie’s second collaboration in recent months after he hopped on a remix of American Idol star Gabby Barrett’s ‘I Hope’.

What do you think of ‘Summer Feelings’? Let us know your thoughts on Lennon Stella and Charlie Puth’s collaboration on Twitter @CelebMix