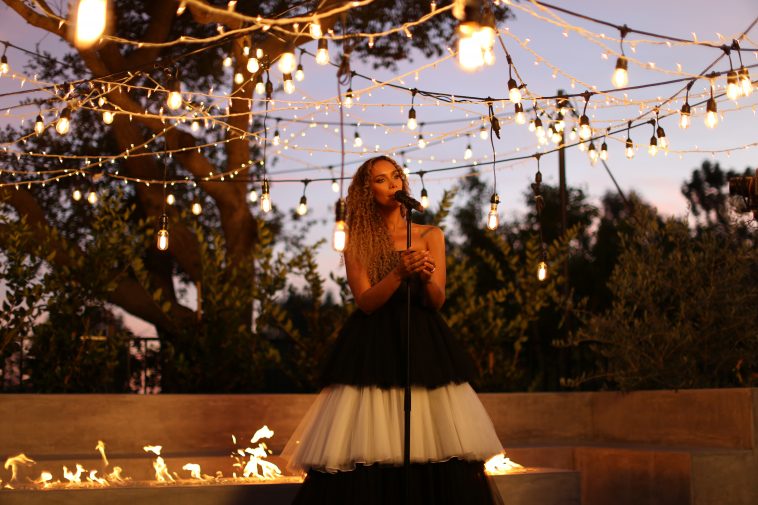 Vocal powerhouse Leona Lewis has given her fans an extra special gift this year – a live performance video of ‘Ave Maria’.

Directed by her husband Dennis Jauch, this spine-tingling performance video was filmed in the garden of their LA home earlier this year. Whilst many know Leona for her phenomenal pop vocals which saw her win The X Factor back in 2006, the songstress is also classically trained and this gorgeous performance perfectly highlights the extent of her undeniable talent.

Surrounded by glistening fairy lights, the intimate performance puts the spotlight on Leona’s ethereal vocals, proving why she is one of the most sensational vocalists of our generation. Filled with love, hope, and calm, this special performance is a much needed antidote for what has been a devastating year for all.

Watch the performance video for ‘Ave Maria’ below.

A studio version of ‘Ave Maria’ features on Leona’s 2013 festive album Christmas, With Love. The album also includes the smash hit ‘One More Sleep’, which is easily one of the most successful modern-day Christmas songs of all time. The track is currently enjoying its biggest year since its original release, which is testament to its ability to capture the hearts of the nation each Christmas.

Leona has also announced that she will be joining Gary Barlow on his forthcoming Music Played By Humans tour. Due to take place in November and December 2021, tickets for the tour are available now via Ticketmaster and Gigs and Tours.