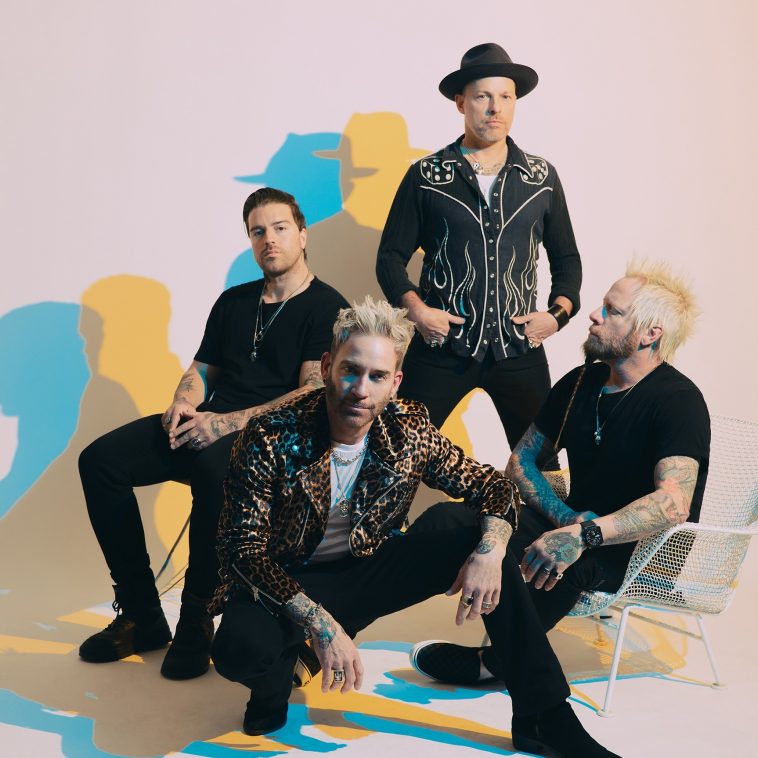 Scheduled for release via Round Hill Records Friday, June 17th 2022, the record serves as the follow up to ‘These Are The Days’ and features production credits from the likes of Carlo Colasacco (The Chainsmokers), YOUTHYEAR, along with collaborations with Adrian Young (No Doubt), Butch Walker and American Authors.

Commenting on the new album, the bands lead guitarist Jeremy Popoff says: “We wanted to get back to the old school Lit sound with a modern day approach to the production. It took a minute to get our heads in the right place, especially with all of the craziness going on in the world. We started writing and making demos with Carlo Colasacco and YOUTHYEAR and we knew we had tapped into the vibe we were looking for. Tastes Like Gold is the album we wanted to make.”

To celebrate news of the records release, the group (made up of Kevin Baldes, Ajay Popoff, Jeremy Popoff and Taylor Carroll) share the projects second single ‘Kicked Off The Plane’ – an autobiographical, rock riot that comes hot on the heels of last years ‘Yeah Yeah Yeah’.

Kicked Off The Plane (Lyric Video)

Prior to their US tour, set to begin 4th May in Flint, MI, the quartet will accompany fellow American rockers Bowling For Soup throughout the UK for a two week run this month, beginning 12th April before heading to London’s iconic O2 Academy Brixton, on April 23rd. Check out the dates in full below.

Let us know your thoughts on Lit over on Twitter @CelebMix now!