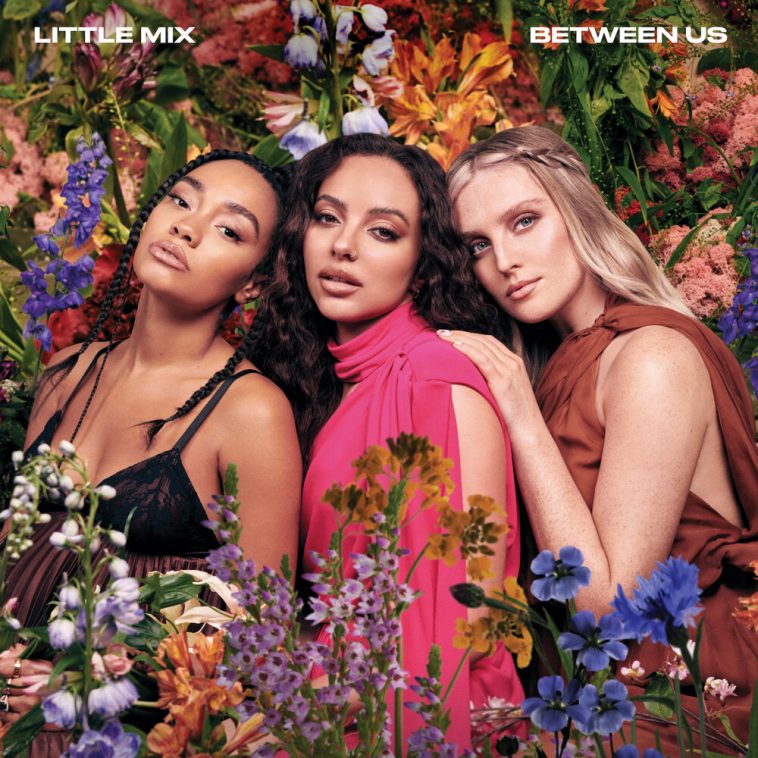 Pop icons Little Mix have announced a greatest hits album called Between Us in celebration of their 10th anniversary.

Today, August 19, marks 10 whole years of the record-breaking girl band and what better way to celebrate than with news of a new record? Between Us will be released on November 12 and brings together the very best of Little Mix’s discography from a stunning decade-long career.

The album will feature back-to-back hits including the likes of ‘Shout Out To My Ex’, ‘Sweet Melody’, ‘Black Magic’ and ‘Touch’, alongside recent smash collaborations ‘Heartbreak Anthem’ with David Guetta and Galantis, and ‘Kiss My (Uh Oh)’ with Anne-Marie.

Alongside these well-known and much loved singles, the album will also include five brand new songs which Perrie, Leigh-Anne and Jade have been busy working on over the last few months.

Little Mix Between Us Tracklist

Between Us is available to pre-order now, with a number of special bundles available on the Little Mix website. These include a two-disc super deluxe edition of the album made up of a whopping 40 songs and individual member picture vinyls including two non-singles selected by their corresponding member. Leigh-Anne’s edition features ‘Nothing Feels Like You’ and ‘I Love You’, Perrie’s includes ‘Love Me or Leave Me’ and ‘Your Love’, whilst Jade has chosen ‘Mr. Loverboy’ and ‘Wasabi’.

Speaking about their milestone anniversary, Perrie said in a press release: “We can’t believe it has been 10 years. Time has flown, and when you look back we have done so much that we’re super proud of.”

Jade added: “It’s going to be great to have all our big hits as a band on one album for the first time, celebrating 10 massive years of Little Mix. The tracks also show how much we have grown as artists, from ‘Wings’ to ‘Heartbreak Anthem’.”

Commenting on the forthcoming new material, Leigh-Anne commented: “We’re also really excited to release five brand new Little Mix songs that we’ve been creating. We can’t wait for our fans to hear the new tracks we’ve been working on. We hope they love them as much as we do!”

Since forming on The X Factor back in 2011 and becoming the first group to win the show, Little Mix have established themselves as the world’s biggest girl band. Having sold over a staggering 50 million records worldwide, they’ve also notched up over 12 billion streams worldwide and collected over 19 million Spotify listeners.

This year has been one of their most successful to date, with Little Mix recently celebrating 100 weeks in the Official UK Singles Chart Top 10, the most for a girl band in history. Back in May, Leigh-Anne, Jade and Perrie also achieved another first by becoming the first female group in history to win Best British Group at the Brit Awards.

There is no stopping Little Mix and next year will see the trio take their highly anticipated Confetti Tour across the UK and Ireland. Both Perrie and Leigh-Anne are also expecting their first children so the Little Mix family is about to get even bigger!

Congratulations to Little Mix on a phenomenal 10 years full of thrilling pop anthems, heartwarming friendship and life changing memories. Here’s to the next 10 and beyond!

What’s been your favourite Little Mix track from the past 10 years? Let us know on Twitter @CelebMix