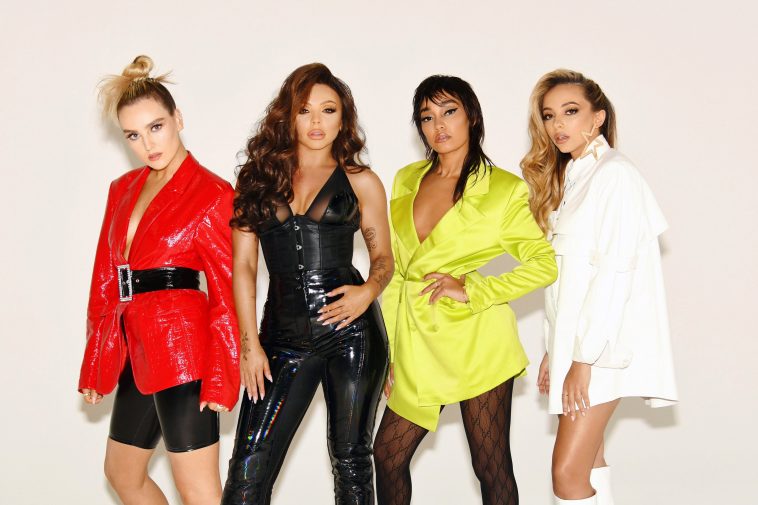 Little Mix are BACK with their first release of 2020, ‘Break Up Song’.

Offering a positive spin on your traditional break up song, this uplifting song is the ultimate anthem for anyone who needs reassurance that they’ll be just fine after a relationship comes to an end.

Packed with nostalgic 80s vibes, it’s a song that would sit well in an old school movie, and we can imagine it being played over a scene where a group of best friends try to cheer up their friend after a break up.

To coincide with the song’s release, Little Mix have also unveiled a fantastic lyric video which was actually made by one of their fans! Kayleigh, aka kayleemix on Instagram, was given the honour after impressing them with her video edits in the past.

Check out the incredible lyric video for ‘Break Up Song’ below.

‘Break Up Song’ kicks off a new era of music from Little Mix, after the girls closed off their LM5 era last week with a music video for the fan favourite track ‘Wasabi’. At the end of the video, they featured a short clip which announced that a new era was pending, and we couldn’t be happier with the first instalment of LM6.

Speaking about the progress made on their forthcoming album, Jesy told OfficialCharts.com “We’ve got the whole album now, we just need to finish it off. We’ve recorded about eight songs, so we’re about halfway through recording. Break Up Song isn’t really an indication of what the album sounds like though – the album isn’t ‘80s. We’ve just got loads of really sick songs on there.”

‘Break Up Song’ is available to download and stream now.

What do you think of ‘Break Up Song’? Are you excited for the new era of music from Little Mix? Let us know on Twitter @CelebMix