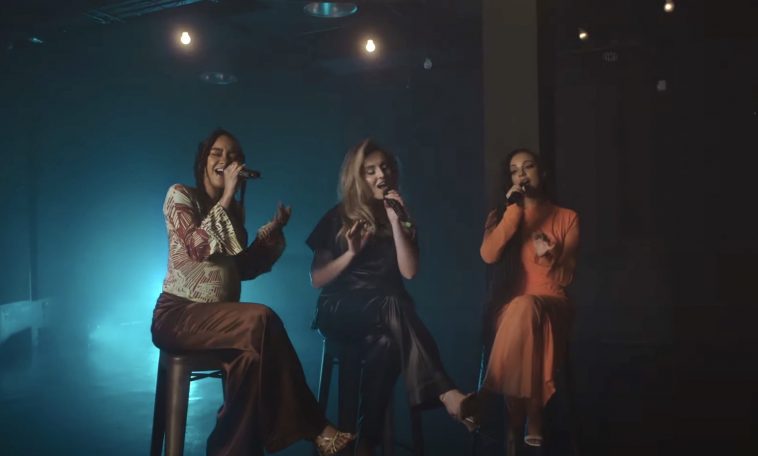 Not only do the girls shine with their vocals, but they’re also beautifully styled and are serving some fierce looks. The visual also showcases a glowing Leigh-Anne and Perrie with their adorable baby bumps. Both girls recently announced that they’re expecting their first children with respective partners Andre Gray and Alex Oxlade-Chamberlain. Mini Mix incoming!

The acoustic version of ‘Confetti’ follows on from a huge week for Little Mix, which saw them make history as they became the first all-female group to win Best Group at The BRIT Awards 2021.

Leigh-Anne’s highly anticipated documentary, Race, Pop & Power, was also released on BBC iPlayer and sees her explore racism and colourism in the music industry including her own personal experiences. You can stream the documentary on iPlayer now.

The girls have also teamed up with Galantis and David Guetta for a hot new single called ‘Heartbreak Anthem’, which is due for release on May 20. The latest era of Little Mix is shaping up to be quite spectacular and we couldn’t be more excited for what they have in store for us.

What do you think of the acoustic version of ‘Confetti’? Are you excited for ‘Heartbreak Anthem’? Let us know your Little Mix thoughts on Twitter @CelebMix