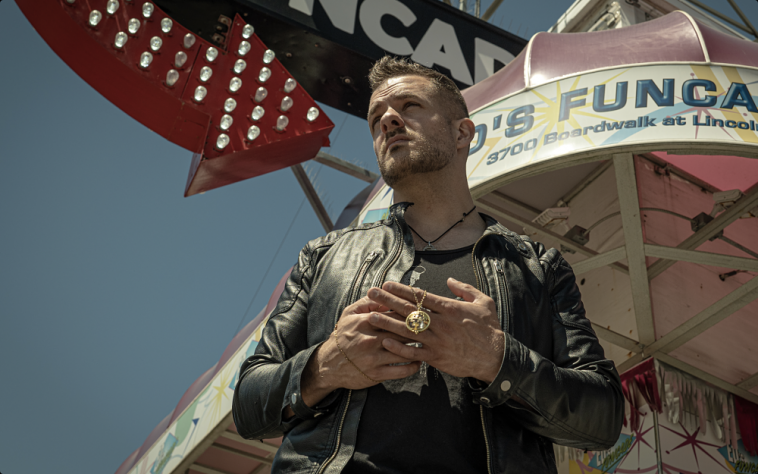 LJR is a pop/rock artist from Maryland. LJR are the initials of Luke Justin Roberts, the namesaked artist. In fact, LJR has been doing okay so far in 2021. “I’m really excited about the momentum of my album finally coming together and releasing,” he says to CelebMix. “Now that the songs are pretty much done, I’m focused on directing the 12 video series that accompanies the album. It’s getting sci-fi and weird, which I’m all about.”

This particular song has been in LJR’s back pocket for a few years now and is in fact, the one his friends have asked most about when it’ll be released, and now that it has been released, it’s a huge boost to get it out there.

I think it’s one of the most mainstream tracks from the album, so I’m excited to see how it does out in the wild.

LJR on the release of his new single

LJR’s “More Time” is about trying to make a relationship work again after it breaks the first time. “It’s extremely difficult because the trust has to be rebuilt and there’s oftentimes not much to build on,” LJR explains. “so I think we are often left feeling that we need a little more proof and a little “more time” before putting all our eggs in that basket again with the same person.”

LJR wrote this song with his friend Felix Nieto (from Crashing Atlas, The Slang, and more) who did the music while LJR did the lyrics and melody.

“The concept at the start was to write a pop song about being afraid,” LJR adds, “which I think the song reflected well in the end: being afraid to be vulnerable again with someone and trust them after you’ve been hurt.”

One day Felix and LJR were working in the studio and Felix suggested they write a song together. So they did! Normally LJR doesn’t write songs with other people, so this song was new for him, but it went really well in the end all things considered. Felix and LJR have been able to work really well together in that way which the duo really appreciate about each other.

“We wrote the whole thing in about an hour, and then polished it over the next few years,” LJR reveals on the creative process of his song. “This song’s process was really different from my normal one, where I usually sit down at a piano and play chords and sing random words until a song formulates out of nowhere, and then I discover later (sometimes minutes, sometimes, hours, one time even years later) what the song is about.”

So it was cool to take a very specific direction, a pop song about being afraid, and make something on the spot. I’d like to do it again, I think, and I’m especially happy with how this one turned out.

“I’m a big believer that our own lives always influence our writing, and while I wrote this song about two friends of mine I saw struggling in their relationship, I’ve come to discover ways in which the words were reflective of my own difficulty grappling with the vulnerability of true intimacy in romantic relationships and even just friendships,” LJR continues. “That part I discovered later but it’s one of the things I really like about songwriting.”

Oftentimes when LJR thinks he is writing about one thing in particular, there are almost always other layers of his experience that are playing into the words that come out, and if LJR looks for the pieces in the puzzle later, it’s usually possible to find the threads – which is the case in a song like this.

With this new song, it is LJR’s hope that someone is having a hard time rebuilding trust in a relationship and don’t really feel safe yet going back in, then you should know that you’re not alone and you’re not obligated to jump into something you’re not ready for. Healing takes time, and that’s okay.

There is a lot more coming from LJR in 2021. He is releasing 1 song and an accompanying music video per month for the next 12 months to complete all 12 songs of his album, so be on the lookout for those on his YouTube channel. “Most of my effort is on planning and directing these videos, but once I get into a good flow with them I’ll shift my focus to building a band, who I hope to be able to tour with by 2022,” LJR adds.