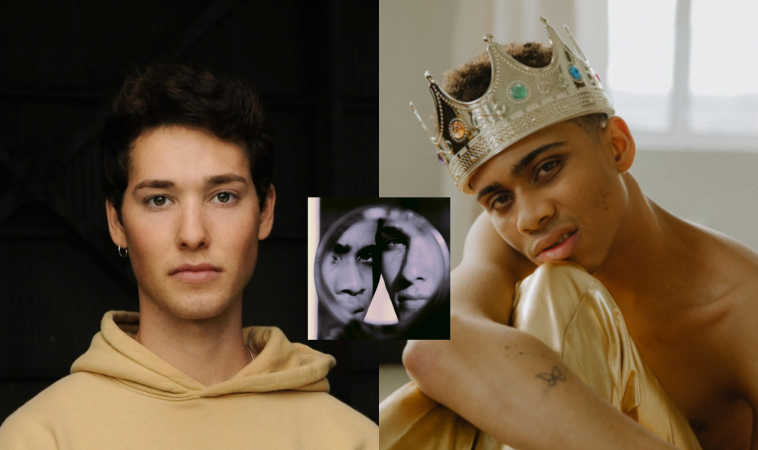 Released on Friday, Luke Markinson and Bryce Xavier have marked both of their first singles of 2022 with this awesome collaboration, titled “Mirror Mirror”. Encompassing a reflecting melody and an addicting sound, these two artists have really brought their talents to the table. “Mirror Mirror” follows up Luke Markinson’s single “Tie Me Down” and Bryce Xavier’s EP titled Beautifully Tragic.

Luke Markinson starts this year off with a bang by releasing this completely replayable track with TikTok star Bryce Xavier, effortlessly showcasing his musical ability and clear motivation to go on to have a brilliant career. Already amassing thousands of streams on Spotify on top of thousands of followers on Instagram and TikTok, he is proving to be someone to watch in the coming years. Add on top, his incredible vocals and songwriting ability and we are definitely listening to a future star.

As for Bryce Xavier, he has quickly become a star on social media, amassing over 600,000 followers on Instagram and over 3 million followers on TikTok and he made his name known when his song “Romeo” went viral on the latter social media platform – the song currently has over 1.5 million Spotify streams. He has gone on to be featured on Hyperpop and Nylon Mag. As an actor, he has starred in A Bennett Song Holiday – which won awards at festivals (one of which was his supporting role in the film) – The Talent Show, and Total Eclipse.

The song has been written by Bryce Xavier, Jack Riley, Landon Poon, and Luke Markinson, according to Spotify, and has been produced by the artists themselves.

Harmonic vocals impact the hazy distorted yet rhythmic backing track of “Mirror Mirror” giving this warped sense of reality infused in a deep duality. The guys’ concept for this song comes from seeing their reflections in a mirror at a party, engaging with the person they are on the other side of the mirror and experiencing a poignant epiphany about their own lives. The lyrics easily portray that with idealistic imagery and conceptual rhymes, effortlessly making this track an earworm that you’re guaranteed to be singing for the rest of the day.

“Mirror Mirror” is available to download and stream right now.

What do you make of the first single of 2022 from Luke Markinson and Bryce Xavier, titled “Mirror Mirror”? Let us know on Twitter @CelebMix.