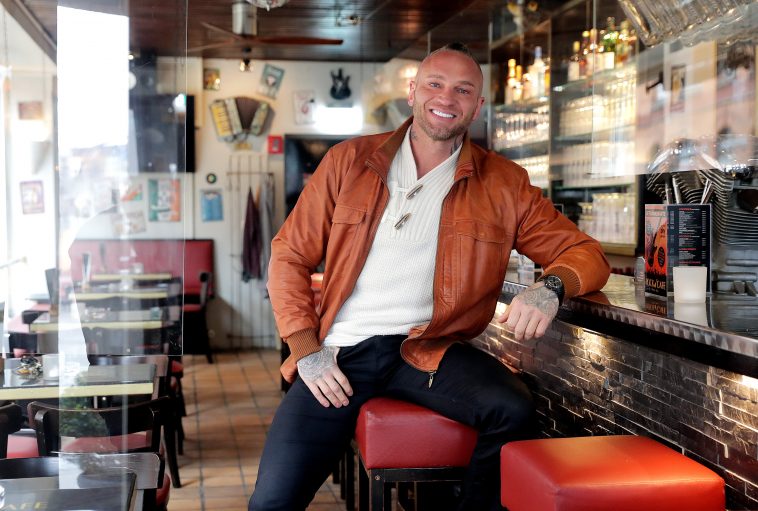 Mads Kristensen has come a long way in his life to be the successful entrepreneur and celebrity that he is now. He is a self-described workaholic. At 39 years old, Mads is self-employed now with vast and diverse business ventures in construction, bar, disco, tattoo parlors, & fight events. Originally from Denmark, he now lives in Germany and has been there for the past 15 years. Mads has been an actor in television shows in Denmark:  For lækker til love & Familien fra Bryggen. He also made his professional debut as a boxer in the heavyweight division in November 2019 in Denmark.

In Germany, Mads has grown greatly into a focused businessman. He opened his first shop in 2010. That was a pivotal moment in his life. Mads now owns the brand Tattoo Fashion which is the biggest tattoo parlor chain in the world! It is located in Denmark, Sweden, Germany, and Spain. He also has a popular rock bar in Flensburg that gives people in the community a place to come together. Even though he owns a disco and bar, Mads prefers his disciplined early morning routine to the nightlife.

Mads has very high standards for all that he does and surrounds himself with. His nearest friends always say “Mads, you are sometimes too correct!” but he learned to raise the bar from the mistakes he made when he was young. Although Mads had a wonderful childhood, he did get into plenty of trouble in his teenage years. He was thrown out of 11 different schools, so in the end, his mother educated him from home the best she could and got him ready for the exams, which he got top scores in all subjects! He feels that he owes everything to her.

Mads always loved the “free life” and riding a motorcycle, so he became a full-time member of Hells Angels in Denmark at the age of 23. His father didn’t want anything to have to do with him so long as he was in the club, so Mads ended up leaving the Hells Angels in 2011.  He turned his life around by having reverence for the opportunities he could take and then create in order to give opportunities to others. Now Mads and his father have abundant construction business together and a good relationship. It is important to him to make his parents proud.

He loves to share his success with the less fortunate and people who may be struggling. Mads gives back in the form of donations to all kinds of institutions like homeless shelters, animal shelters, and poverty programs. Last Christmas, he visited families that didn’t have much and gave them presents for the kids and food for their holiday. As a car fanatic, Mads especially enjoyed giving all the people who always dreamed about getting a ride in a Lamborghini a free ride on a beautiful day.

Mads has a will of steel and a heart of gold. He is a leader who believes wholeheartedly in honesty, humbleness, and communication.  Mads lives up to his righteous and correct reputation in person and on social media. He is on Facebook, and on his Instagram page, Mads Kristensen motivates his followers by sharing an authentic depiction of his courageous life.  He hopes they benefit from the insight into an exciting life with many adventures and no borrowed feathers.