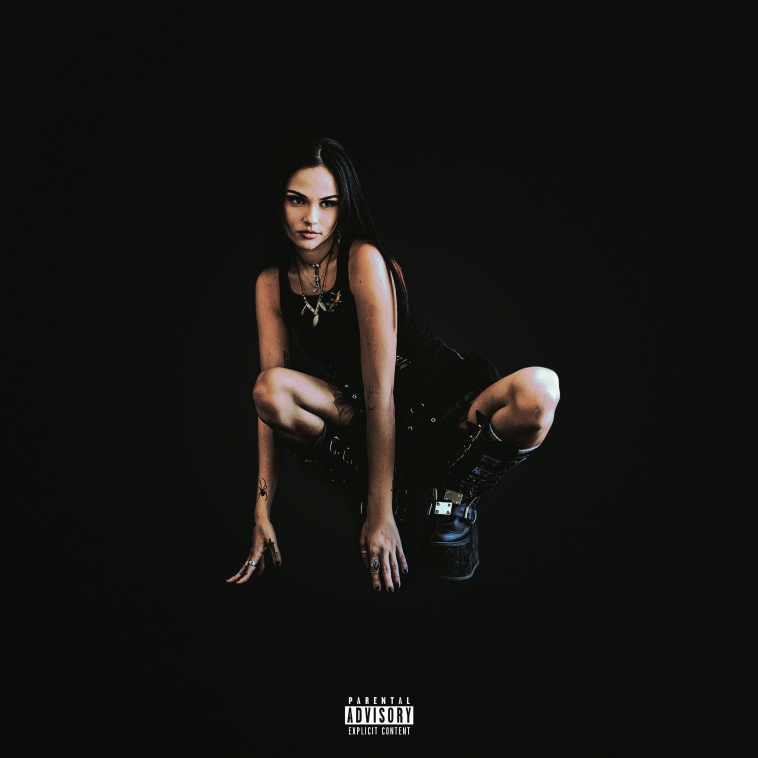 Maggie Lindemann has released her new single ‘Scissorhands’ which is taken from her forthcoming debut EP Paranoia. The EP is set for release on 22nd January 2021 through Caroline Records and her own label Swixxzaudio.

At the end of August, Maggie released her first track of 2020 in the form of pop-punk number ‘Knife Under My Pillow‘. Setting the scene for a different musical style to come from the singer-songwriter this was then followed by her collaboration with Siiickbrain on ‘GASLIGHT!‘. The heavy single which is complete with raw scream vocals from Siiickbrain was yet another style of track taken from the forthcoming EP.

The third single from the release, ‘Scissorhands’, is a darker punk influenced track which Maggie explains was inspired by the Tim Burton film. “Obviously, this song was inspired by the classic 90’s film, Edward Scissorhands.  The film on the surface is classic Tim Burton – fun and silly – but underneath it speaks to loneliness and the challenges in society to be accepted”.

Filled with lashing of snippy guitar lines (and scissor sounds!), soft emotive vocals and an incredibly catchy chorus which will have you singing along to ‘Why can’t no one understand I got scissors for my hands, hold you closer but I can’t. I don’t want to kill a man’, it just might be our favourite track released from the EP so far. The track opens up about the fear of getting close to anyone due to the consequences it might bring but still craving peer acceptance. ‘Scissorhands’ definitely wouldn’t be out of place on an Edwards Scissorhands remake soundtrack and it’s made us have the urge to rewatch the film to get into the Halloween spirit too!

We recently chatted with Maggie Lindemann about her new single ‘Scissorhands’, upcoming Paranoia EP and finding her sound as an artist. You can read our interview with her in full here.

You can pre-order the Paranoia EP ahead of its release on 22nd January 2021 from HERE. Whilst ‘Scissorhands’ is available to stream/download NOW.