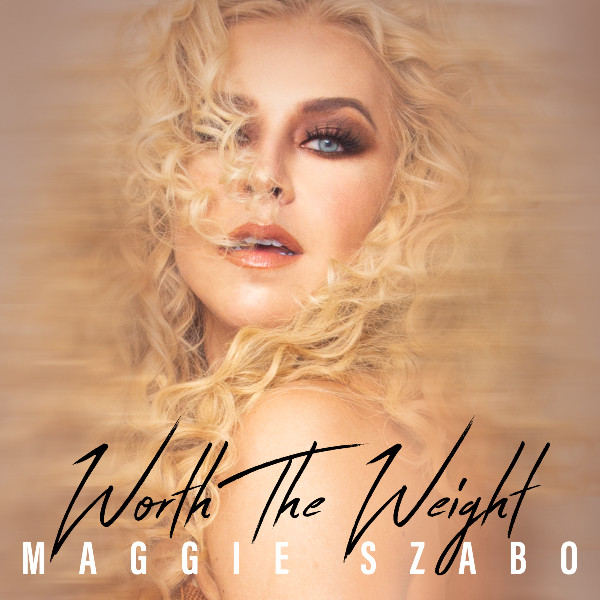 Originally from a small town in Ontario, Canada, now based in Los Angeles, pop sensation Maggie Szabo unveils the lyric video for “Worth the Weight.”

Initially, Maggie was one of the go-to artists for DJs and producers, as well as film and television placements. Since then, she’s become one of the world’s most popular solo artists, amassing more than 13 million views on YouTube, along with being featured on top-notch outlets like Perez Hilton, Yahoo Music!, PopCrush, and Huff Post.

Her film and television syncs include Netflix, Disney, ABC, E!, TV Land, and NBC, as well as the featured vocalist on DJ Schiller’s album. Maggie’s song, “Love Is Free,” was chosen by The Voice’s Jennifer Hudson for Kennedy Holmes to sing on the show’s season finale. Her single “Home” hit Billboard’s Top 40, while her song “Sayonara,” with BEAUZ scored big on Spotify’s prestigious playlists, collecting over three million streams.

With all her talent and fame, Maggie remains compassionate, using her music to battle for social justice and equality, witnessed by her song “Don’t Give Up,” which urges parity for all, regardless of gender.

Maggie shares, “People are people, love is love. Society needs to stand up.”

If that’s not enough, Maggie co-wrote Shannon K’s single, “Run,” telling Rolling Stone India’s Anurag Tagat, “What I really love about Shannon is that she stands for something, and our goal for her latest single was to write an empowering anthem. I love working with artists who want to use their voice to make a difference.”

“Worth the Weight” opens on a deliciously thrumming syncopated beat topped by a vibrating bassline, injecting tasty dance savors. Rippling with layers of bewitching pop colors, Maggie’s sumptuous, seductive tones infuse the lyrics with dazzling, radiant textures as she relates the weight of waiting for true love.

Chock-full of surging energy, driving sonic pressure, washes of effervescing surfaces, and the deluxe voice of Maggie Szabo, “Worth the Weight” is superb.