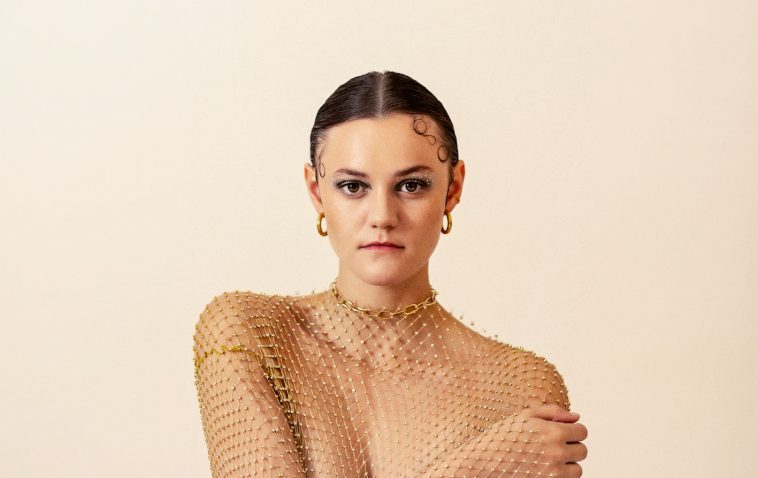 After having only just entered the music scene in 2019, Danish pop star mags has already made a name for herself since the release of her debut EP ‘conversations i’ve had with myself’, which was released in the later half of 2019. Since then, mags has grown a little bit of a fanbase that’s seen her not only grow as an artist but also continue to show why people have become receptive to her music. Fans love how she’s able to bring together her delicate vocals and digital production to offer something so unique.

Most recently, mags dropped her debut self-titled album. Featuring 10 tracks that were recorded over a period of two years (four of which had yet to see the light of day until now), mags’ debut album gives the artist a platform to showcase her own story without limitations and explore her soundscape to additionally drive each of her stories forward. “The album is about my side of the story,” she explained. “My feelings and my experiences and that exact narrative have been important for me to be able to stand by.”

mags’ album doesn’t just speak on her own personal stories because it gives her a platform to tell her previous adventures through sounds. “I feel that the album would be incomplete if I didn’t put effort in understanding the productions,” she said. “If I wasn’t able to actively contribute to the creation of the sound image around the lyrics so it would precisely underline the feelings around the songs.”

To co-produce large parts of the record is a way for me to make sure the album is coherent.

mags on the creation of her debut self-titled album

To coincide with the release of her debut album, mags released a music video for ‘your girlfriend’s in the bathroom, i’m trying to kiss you.’ It’s actually the first-ever music video mags created.

This record is full of many gems, like track one, ‘i’ll be in hell comparing myself’, which is about relationships, and track four, ‘looking in the mirror i just cry’, which is about the compulsions of social media. Meanwhile, her songs ‘monday’ and ‘netflix show’ show a slower, more intimate side to the singer.

On her creative process, mags revealed that self-reflection is the overall theme in her music. “Writing a song is for me [is] like looking myself in the mirror,” she said.

mag’s debut album is now out via Warner Music Denmark.