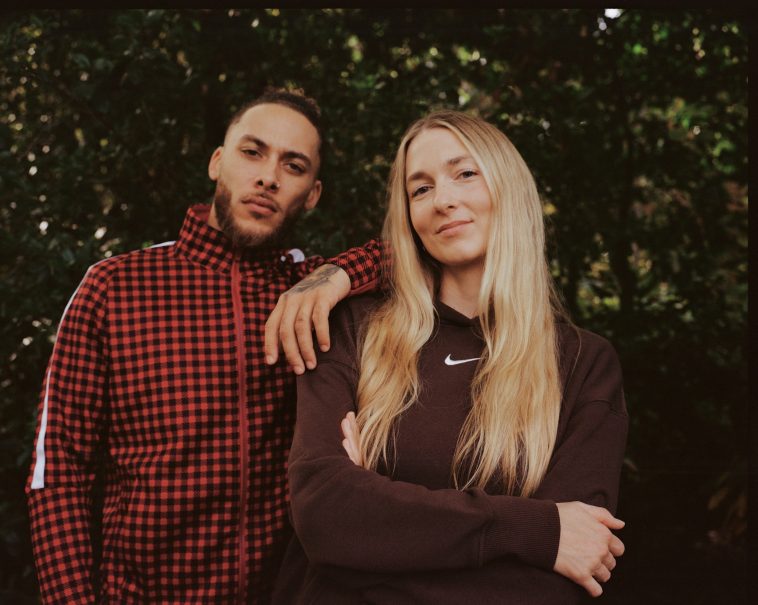 Marie Dahlstrom is a London-based Danish-born underground singer-songwriter who is making quite the impact as a rising star. She initially started off as one-fifth of girl group Her Songs and although no official break-up or hiatus has been announced, they haven’t released new material since 2020, with only a remix EP dropped last year. In 2020, she released her debut album, titled “Like Sand”, to critical acclaim with features from Beau Diako, Jeremy Passion, James Vickery, Elijah Fox, Charles Jacques, and Aligo. Her title track single release, “Like Sand”, which features Beau Diako, is her most-streamed Spotify track to date, with over 5.1 million streams, whilst “Bring Me Back” is following behind at 3.1 million Spotify streams. It’s been over a year since she released new music and she’s certainly not holding back with the start of her new era by enlisting MiC LOWRY‘s Delleile Ankrah for her new single “Clouds”.

Written by Daniel Adekugbe, Maire Dahlstrom, and Delleile Ankrah, whilst it has been produced by Dan Diggas, “Clouds” is a fully-established R&B song with a highly-inspired neo-soul vibe which flows throughout. Marie Dahlstrom easily impresses vocally with her runs and her emotional integrity, but it’s her harmonies with Delleile Ankrah that really make this song shine in every way. The male vocal from Delleile Ankrah is passionate tonally. Add the awesome soulful vocals to the upbeat production that sonically warps itself around the unforgettable rhythm, and “Clouds” truly lifts every single listener up into the air. The artsy vocals from the pair bring the lyrics to life as we hear about losing oneself but being aware of the changes one needs to make to move forward with one’s life. This track really does have it all going on, and more so, creating a fusion like no other that really stamps itself in the R&B music industry, and easily makes it a mainstay in any R&B playlist.

Of the new track, the artists discussed its origins and lyrical inspiration:

Delleile: “This song is about when you’ve lost your path in life and you find it again. You get on the right path and you know you’re doing the right thing, the energy is good. That instinct and natural feeling. This song is crazy to me. Marie repping with the craziest vocals. So excited for this to come out and for everyone to hear her new album…”

Marie: “Yes, it’s about feeling lost, but taking five mins to get back on your feet and overcome whatever is in front of you. To face the fear or obstacle. It’s about moving forward. Working with Delleile on this, was so natural and honest. It was an evening during the last part of the pandemic, and everything just came together so smoothly and organically, with Dan Diggas on the production. We were all in the same room just catching that moment of creativity, and a few hours later, ‘Clouds’ was basically what you hear on the record.”

“Clouds”, by Marie Dahlstrom featuring Delleile Ankrah, is available to download and stream across all platforms, right now, via JFH Records. Marie Dahlstrom is set to headline London’s Lafayette on 6 April 2023, tickets for the show can be bought here.

Let us know what you make of “Clouds” by Marie Dahlstrom featuring Delleile Ankrah on Twitter @CelebMix.