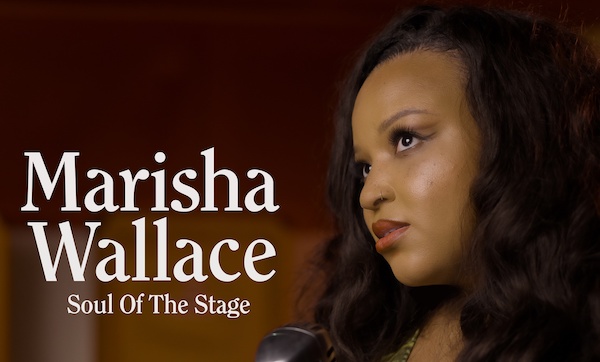 Broadway and West End sensation Marisha Wallace is paying tribute to her musical roots with the release of her new EP Soul of the Stage.

The four-track EP includes Marisha’s take on popular musical hits including Cats’ ‘Memory’ and Six’s ‘Heart of Stone’. She also revisits ‘Miles and Miles’ from the Netflix original Jingle Jangle as well as the iconic ‘I Know Where I’ve Been’ from Hairspray, a track which she is currently performing night after night as Marisha is starring as Motormouth Maybelle in the West End production.

Speaking about the EP, Marisha said: “Musicals have a way of getting right to the heart of a matter. The emotions are built into the songs. They give you chills and transport you to a different place. Not having theatre as our emotional outlet for the past year and half has been so hard.

“So returning to the stage is something I am so excited about. We will be able to come together and collectively laugh, cry, and heal from what we have all been through. I have performed on Broadway, West End and around the world and have seen with my own eyes how much musical theatre impacts people. It changes them, challenges them and makes them whole again. I’m excited to bring the soul back to the stage.”

The EP’s lead single is of course the powerful ‘I Know Where I’ve Been’, a track which truly means a lot to Marisha as she reflects on what she’s been through in the past and the battles she continues to fight. About the importance of the track, she said: “‘I Know Where I’ve Been’ is a song that really resonates with what we have been through in the past and what we are currently going through today.

“For me to sing it now after all we have been through with BLM and the pandemic it means so much more. The Black Lives Matter movement has taught us that there is a struggle we still have yet to win when it comes to equality, equity and justice. The song reminds us to not forget where we have been but also to remember where we are going. It is up to all of us to continue the fight. We all have to be light in the darkness. No one is free until we all are.”

Soul of the Stage follows the release of Marisha’s debut album Tomorrow which was unveiled last year after she signed to Decca Records. She willl be performing songs from both the EP and album on her UK tour this September.

Soul of The Stage is out now via Decca Records and available to stream here.