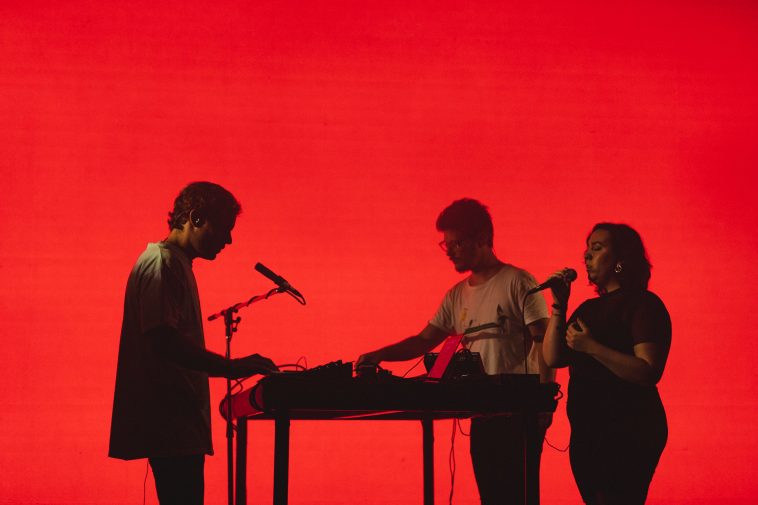 Championing hypnotic modular soundscapes and avant-garde analogue experimentation, Juan Hansen, Pablo Bursztyn and Rocio Giorgi’s FORMA live project has served as a breath of fresh air within the world of vocal electronica. Releasing their critically acclaimed Hollow EP in July 2021 off the back of a spellbinding live performance for MUTEK Festival, the Argentinian three-piece outfit now returns to Berlin-based imprint MEIOSIS with the stunning new extended player, The Peak. Proving its cinematic worth prior to the official release, the EP title track was cherry picked for the new season of US TV series “Power Book” and has now become a hotly-tipped collaboration that’s already graced the ears of millions.

Opening the extended-player with its leading cut, The Peak, FORMA welcomes the collaborative efforts of multi-platinum award-winner Marley Waters, whose extensive work as a songwriter, producer, singer, rapper and DJ has earned him ‘household name’ status across the United States and beyond. Among his top accolades were tracks On to You [Remix] (2015), Share My Last (2016), Wine Pon It (2017) and perhaps most notably, the creation of Tinashe’s 2 On, alongside DJ Mustard. The Peak is a gritty track founded on the unwavering militancy of its rolling triplet bassline and bolstered by the familiarity of Waters’ strong vocal offering.