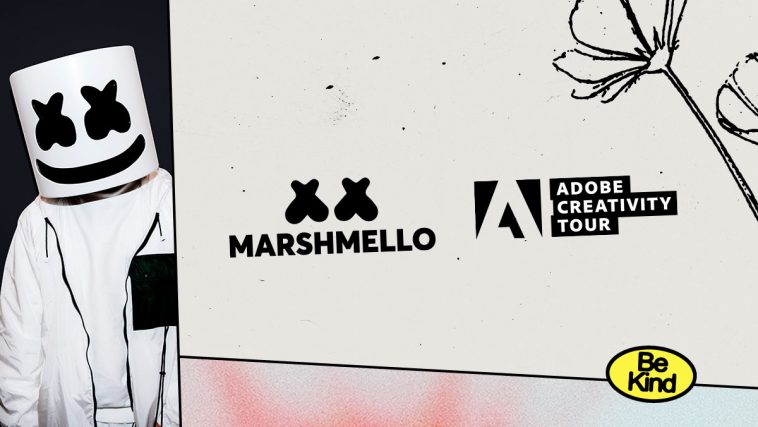 Marshmello has shared the “Official Fan Video” for his hit single “Be Kind” featuring Halsey, following a fan competition launched earlier this year.

The DJ had encouraged fans to use Adobe to create their own music video for the song, with the winning clip bagging $10,000 and a virtual meet and greet with Marshmello himself.

Marshmello has now dropped the video that includes contributions from the contest’s ten finalists, whose names appear at the end of the clip.

The video has been edited with Adobe’s Premiere Pro and After Effects software, with special animated graphics featured throughout.

It showcases the many different acts of kindness that one can carry out in their day – from simply sending neighbours heartfelt messages, to helping them to carry out their shopping.

Taking to Twitter, Marshmello shared the exciting news by writing: “The official ‘Be Kind’ fan video is live!

“And to your grand prize winner, Julian Curi, can’t wait to link up.”

Julian has been declared the top prize winner by Marshmello himself and will be virtually meeting with the producer himself in the near future.

BE KIND Kindness comes in many forms – and as artists, we have a responsibility to share that with the world with our work. I hope our little film leaves you with some joy today. Thank you @marshmellomusic @iamhalsey @adobevideo @adobe for challenging us to Be Kind @adobecreativecloud #MarshmelloxAdobe #contest

He has also won many Marshmello-themed goodies and an Adobe Creative Cloud subscription for a year!

You can view the official fan video for “Be Kind” below:

Let us know your thoughts on the videos over on Twitter @CelebMix!