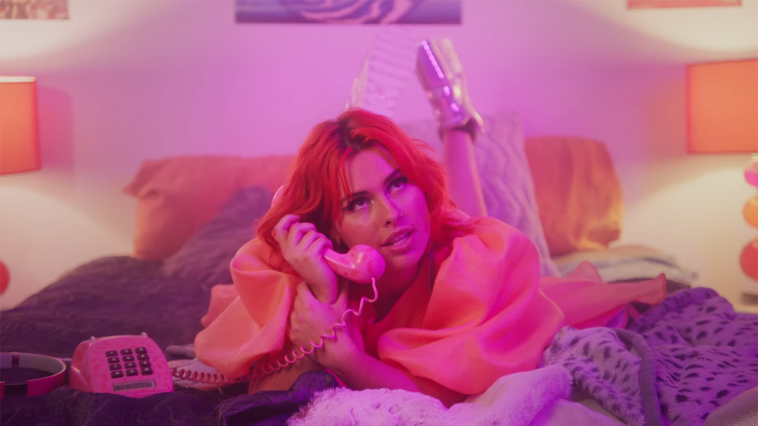 Following on from the releases of break-out singles ‘Linger’ and ‘What Can I Do?’, Australian pop artist Matilda Pearlreturns with ‘NICE TO KNOW YA’, which is a song that showcases the second instalment of her trilogy titled ‘MAYBE I’M JUST PETTY’.

With this song, Matilda explores the story of saying bye to toxic energy and reclaiming her power the only way she knows, by telling stories and kicking audible arse through her music. Showcasing her strengths through immaculate technicolour, Matilda uses the song’s runtime to remove bad vibes and second-rate relationships for a combination of synthesisers and layers of electric vocal harmonies.

Speaking on the inspiration for the song, Matilda reveals she initially sparked interest in developing this after watching the Australian series, [the] Secret Life of Us. ‘I binge-watched Secret Life of Us in 2021 lockdowns,” Matilda says. “Joel Edgerton has this line in season one where he says to his ex “don’t feel bad for me. I get to leave. You have to live with you forever.” It was like one of those moments where you think of something to say after the fact and go “damn, I wish I had said that.” So I wrote it down and took it into a writing session with Tim and Keeks and we went from there.”’

The music video for her new single, sees the Australian artist team up with 2x ARIA nominated Liam Kelly on the project – after previously working together on ‘Linger’. Bringing back her finely tuned productive talents, Matilda has crated a dynamic array of sets that pinpoint the perfectly defined narrative.

Speaking about the making of the video, Matilda revealed that “the music video is like if the creators of Doctor Who, Play School, and Barbarella got together, had a few too many drinks and said stuff it, let’s make something magic but only had a mini-budget.”

‘NICE TO KNOW YA’ is a fantastic addition to a – already strong – stable of songs from one of Australia’s most alluring new talents.