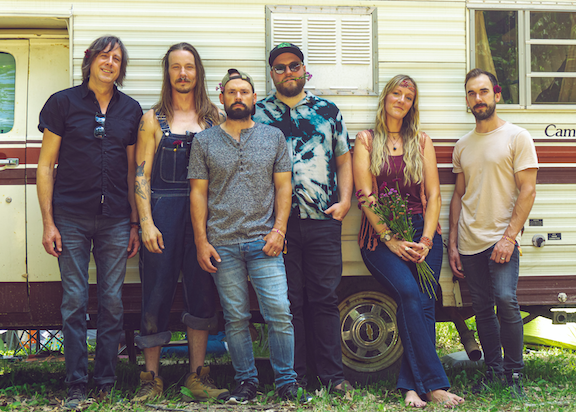 You know the expression “no two people are alike”? Well that saying could not be truer. Each person has their own distinctive traits that make them special. What some may lack, some can thrive where some don’t. Six-piece Americana act Maygen & The Birdwatcher understand this idea well. Through recently pondering on the things that make us unique they have crafted a gentle yet gritty single “He Ain’t Me”. With captivating, country vocals and blissful bluegrass sonics, the group has fashioned the ultimate anthem of individuality. Through their detailed storytelling, they express all the enticing characteristics they bring to the table in a relationship.

Known for their staggering harmonies and skillful musicianship, the band’s sound is a nod to greats like Chris Stapleton and Florence + The Machine. That expertise has landed them huge bills such as supporting Travis Tritt. This new release has that same striking quality.

The song is off of their upcoming EP Bootleggin’ At The Flower Shoppe out September. Maygen admits, “This song is kind of an absurd way to pitch yourself to someone.”

Check out the colorful, bluesy banger now and tweet us @celebmix

Connect with Maygen & The Birdwatcher