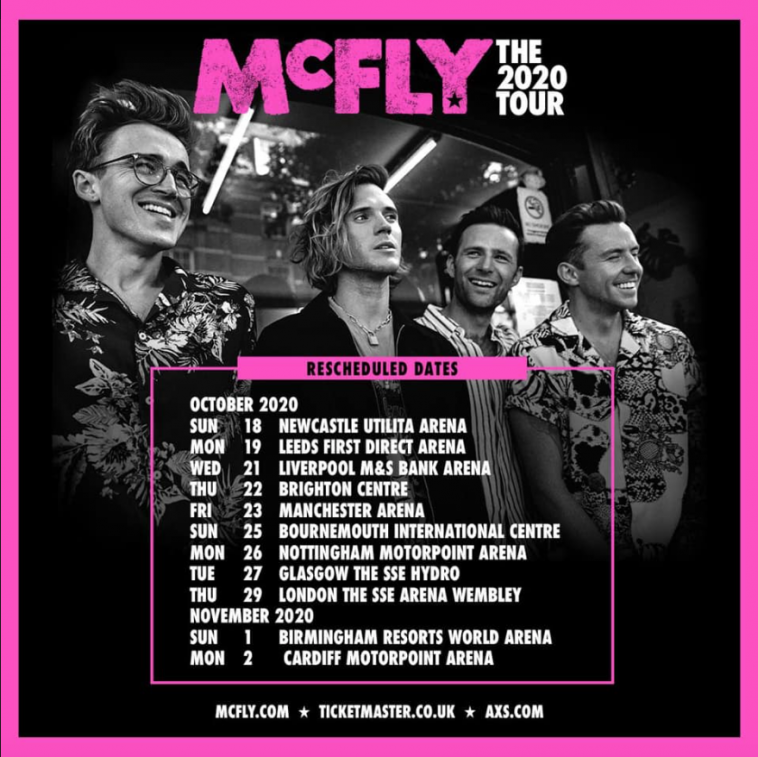 Unfortunately, due to the Covid-19 crisis, they are forced to push the tour back to later in the year.

Back in November of 2019, the boys of McFly performed a one-off show at the O2 Arena. This was the first time they performed as a band since their anthology tour in 2016. Needless to say, this show was overwhelmingly popular – selling out in just a few minutes. After seeing the high demand, McFly announced that they will be touring in 2020.

They have come to the conclusion, in order to protect their fans’ safety, that the tour will now be postponed to October/November. Here is the band’s full statement:

Following the latest government advice, we are very sad to announce that we are rescheduling our upcoming April / May UK 2020 tour as the safety and health of our fans is our utmost priority. ?
We can’t wait to see you in Oct/Nov, only 6 months away. Until then, keep yourselves safe and look after each other. All our love Tom, Danny, Harry & Dougie.

Fear, not Galaxy Defenders, October will come around in no time. Below are the rescheduled dates;

Until then, make sure you get your McFly fix by listening to all their lost songs that were released last year!