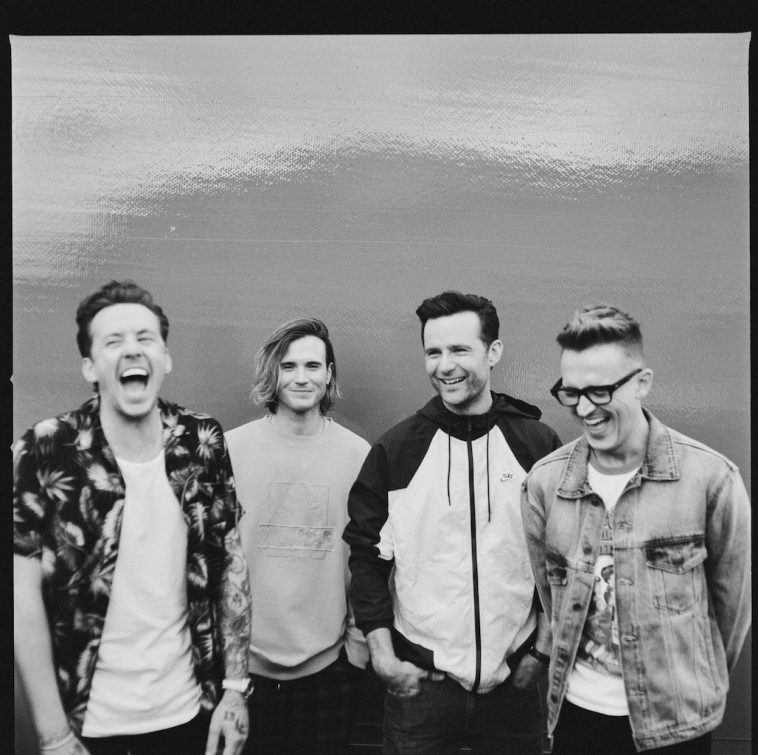 Last week McFly released their new single ‘Happiness‘ and now a music video has been released for the feel-good track.

The single which is their first in seven years is entwined with carnival-style samba vibes making it impossible to not feel happiness when listening to the track. You’ll be resisting the urge to get up on your feet, dance around the room and forget about anything else going on in the world right now.

A fun, part-animated video has been released for the track. Bringing the video together and directing via Zoom was Diego Huacuja T; director and visual artist from Mexico City. With the video created during lockdown, each of the members parts were shot on their iPhones. We’ve loved seeing artists create incredible music videos from the comfort of their homes during lockdown; ‘Happiness’ might be up there with one of our favourites seen so far.

‘Happiness’ is the first single to be released from McFly’s upcoming album Young Dumb Thrills which is set for release on 13th November 2020. Now signed to BMG, the quartet have spent much of the year recording the follow-up to 2010’s Above The Noise; their upcoming release has been described by the band as “naturally and quintessentially us“. With ‘Happiness’ being the first taster of the album, the warm reception it’s received has made it clear that the love McFly fans have for the quartet is here forever.

Despite live music being on hold at the moment, fans can expect to see McFly back on the road continuing what they started with their sold-out comeback show at London’s O2 Arena last year. “We want as many people as possible to hear our new music and when we can, we want to go out and play for our fans,” Harry Judd explains. “But for us, nothing will ever beat being able to hang out with your mates and make amazing music that you love. For us, that’s what McFly is always going to be about.“

Young Dumb Thrills is available to pre-order now and will be released on 13th November.

What do you think of the ‘Happiness’ music video? What’s been your favourite video created during lockdown? Tweet us @CelebMix and let us know!