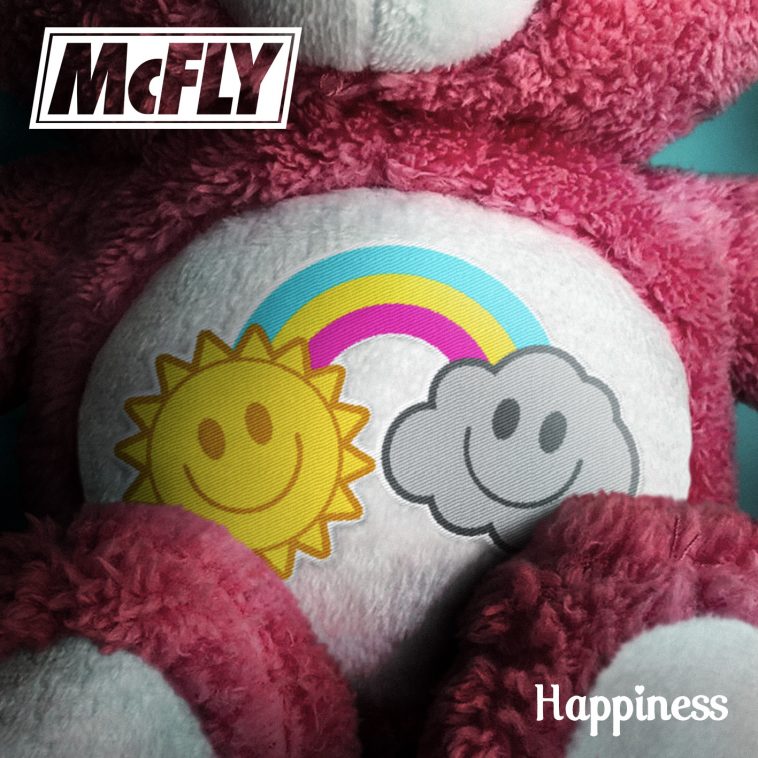 McFly have made a triumphant return to the music industry with their joyful new single ‘Happiness’, their first single in seven years.

Written by the band along with Jason Perry and Oberdan Oliveira, ‘Happiness’ is the ultimate feel-good anthem which symbolises that Tom, Danny, Dougie and Harry really are living their best lives.

Laced with carnival-style samba vibes, the best word to describe ‘Happiness’ is jolly. From beginning to end, it’s a track which you can picture as part of a movie soundtrack, with people dancing in the streets or dancing in their underwear Risky Business style. It’s fun and uplifting – exactly what we need during the current climate – plus, it showcases a new McFly sound without straying too far from the pop-rock euphoria we know and love.

Take a listen to ‘Happiness’ below.

‘Happiness’ is the first single to be taken from McFly’s forthcoming album Young Dumb Thrills, which is due for release on November 13. This will be the band’s first studio album since the release of Above the Noise in 2010.

McFly have been busy working on their new album throughout 2020, which they describe as “naturally and quintessentially us”. Having spent the past few years working on their individual endeavours, it seems that spending time away from McFly has certainly helped the band when it came to creating new music together.

“I think the break we had from one another made all this fresh again – it made it really exciting,” Danny said. “There was a new vibe and open-mindedness to it all, and recording near our homes gave us so much freedom – it didn’t matter if someone had to leave for the day, which meant we didn’t overthink anything too much. Recording just became part of our lives.”

As well as creating a whole new body of work, spending time together again has also ignited a renewed appreciation for one another. “It made me realise how much we really enjoy being in each other’s lives,” Harry said.