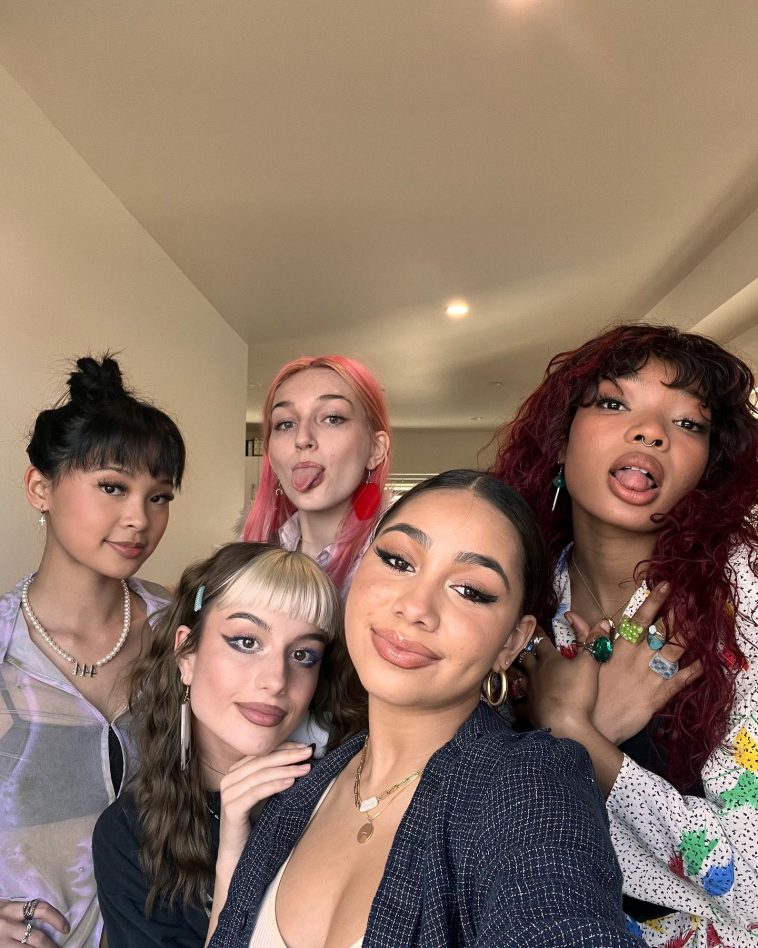 A new girl band is on the rise, and they are all about friendship and self-love! Based in the sunny city of Los Angeles but hailing from different places across the United States (and the Philippines!), Boys World formed back in 2020 and over the years their members have gained thousands of fans across social media, where they post their original songs, music covers, dance rehearsals, lifestyle videos, listening party streams, and vlogs. Their TikTok account even has 2 million followers!

The group, which has been hailed as “the Gen Z Spice Girls”, is made up of Elana Caceres, Olivia Ruby, Makhyli Simpson, Lillian Kay, and Queenie Mae Villaluz, who are best friends and whose objective, besides making music, is to create a world that is all about self-love—the “Boys” in Boys World, after all, stands for Best of Your Self.

The girls’ message is all about empowerment, which one can hear in songs like their first single, Girlfriends, or like Wingman, off of their first EP, While You Were Out. Citing musicians ranging from Britney Spears and Amy Winehouse to The Cure and Weezer, as well as genres going from jazz to musical theatre as their influences, the girls all have different personalities that come together to form their unique sound, which is fresh, fun pop that is perfect for any occasion—songs you can blast on a hot summer day while cruising down the block, while dancing at a party, or while singing along at a sleepover with your best friends.

In less than two years, they have already dropped five music videos, attended the Cinderella movie premiere, have been interviewed by international magazines, and have been featured on Moschino’s Instagram page. However, for them, this is only the beginning. In an interview with Billboard Magazine, Queenie mentioned, “We’re letting time take us to wherever we’re meant to be, but we’re wanting to be the biggest girl group in the world!”.

Hello! My name's Camila and I'm a college student that loves reading, writing, music, fashion, and all things pop culture. Have a story, book, or album to recommend? Find me on Instagram and Twitter as @camiladavgar.