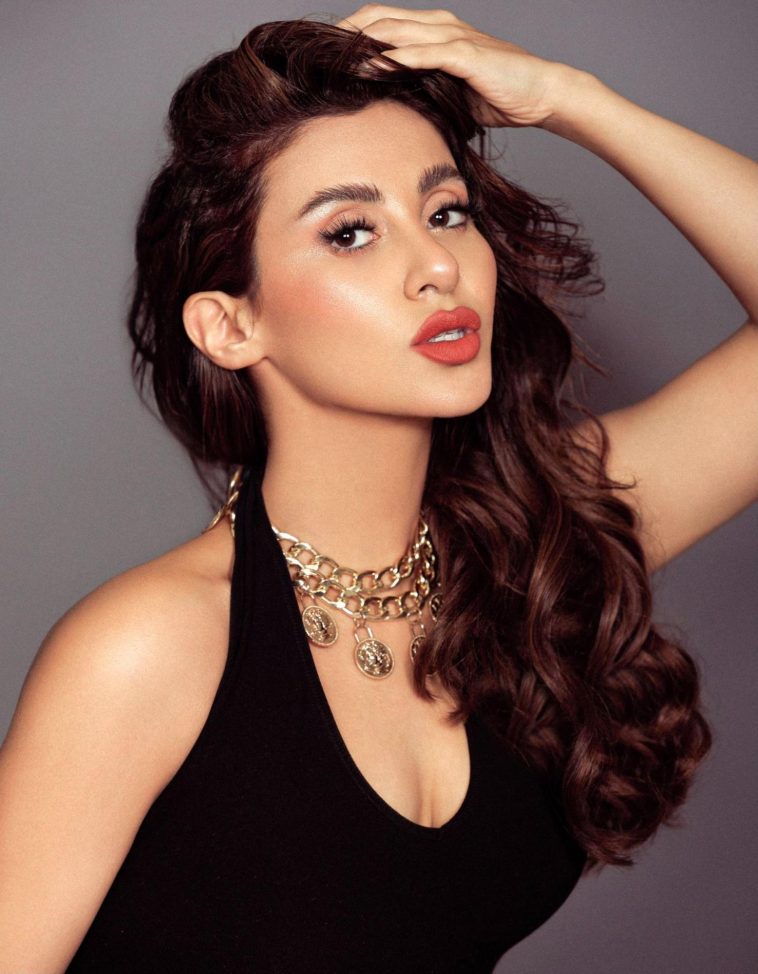 Jewell Negin Farshad, was born and raised in Tehran, Iran. From a young age, she found her passion as a performing artist. She was immediately fascinated by the stage and performing in theater. Starting at age 9 Jewell knew she wanted to be a professional actress and model. However, pursuing that dream in the Islamic dogma of Iran was unattainable since women are banned from modeling and discouraged from acting. In fact, women were banned from acting after the Iranian Revolution of 1978-79 until the late ’90s in Iran. To this day women are still not allowed to appear in commercials and most female written roles are still played by men in theaters as well as TV/and Film. In addition, women are limited in their wardrobe choices in TV and Films. They are not allowed to show their hair and are forced to cover their skin; allowing only their faces and hands to be shown. Numerous female performing artists have been arrested, tortured, and even killed by the Iranian government for pushing these draconian laws and standing up for women’s rights.

It was due to this that Jewell was not allowed to pursue her beloved acting career in Tehran. She soon after forcibly quit acting while still in her early teens. Despite this major letdown, Jewell fueled her creativity into her second passion; Fine Arts. She went on to study Fine Arts and Designs at the Art University of Tehran in the midst of what was a huge cultural movement the Iranian Green movement in which protesters demanded the removal of Ahmadinejad from the presidency.

At the height of the Green Movement movement, thousands of young Iranian artists and revolutionaries were wrongfully imprisoned, tortured, and even slaughtered for their careers, beliefs and views.

Miraculously Jewell was lucky enough to win what’s known as the “Green Card Lottery” or the DV lottery. This ensured her a ticket to the United States. Finally, she was able to pursue her career as a performing artist in a country that not only valued but celebrated her beliefs. Against all odds, Jewell managed to move to LA to pursue her career in acting.

This was no easy task, as she knew moving to the states meant that she had to leave behind her beloved family and country. Deep down however she knew there was no possible way that she could grow as an artist and actress in such a limiting environment. Especially in a country that constantly suppressed and degraded women like her.

Jewell continued her education at Otis/ Parsons Art University while simultaneously cultivating her modeling and acting career in Los Angeles, California. After many years of hard work and hustling Jewell has gone on to work with such well-known brands as Revolve, Amanda Uprichard, Maggie Barry, Beach Bunny, and more. As if that was not enough, Jewell somehow found the time to compete in the Ms. California United States Pageant system… and win!

In 2017 Jewell was crowned Ms. Bel Air and a year later she won the title of Ms. California USA. These accolades got her featured in Century City News, Beverly Hills Weekly and she was the cover girl for Playa Vista Direct Magazine in February 2018.

Jewell is currently working as an actress, model, and content creator in Los Angeles. She has worked alongside some of the biggest names in Hollywood in various capacities. She has appeared in more than 20 commercials and Tv shows in only a few short years. She is currently writing and working on a short film and a comedy web series.

When asked if Jewell knew that pursuing her career in acting and modeling would end up costing her a life of living in exile from her family and Iran would she do it again?

To which she replied, “A life lived devoted to your passion and beliefs is a life well lived.”

Jewell actively volunteers with the UN Women in an effort to help empower other women in their pursuit. She hopes that her journey could bring courage and hope for other like-minded women around the world. Jewell enjoys spending her free time with her two dogs and boyfriend at the beach. You can follow Jewell’s Instagram here.