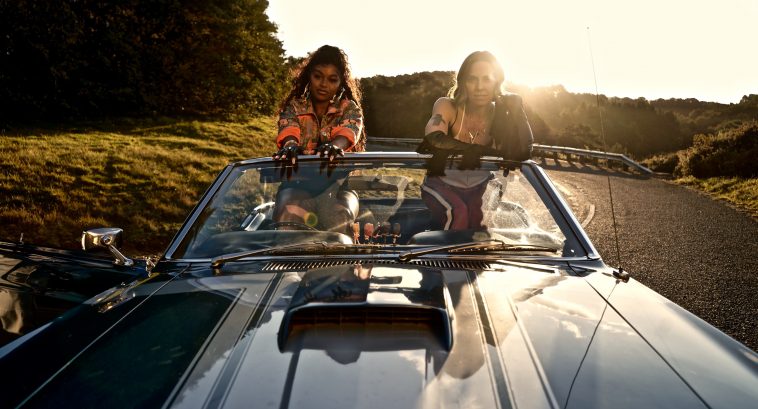 Sporty Spice teams up with Nadia Rose on liberating track!

Taken from Mel’s highly anticipated 8th studio album, Melanie C – which will be launched by four, full-band, global live stream events ‘Colour And Light’ – the track serves as the follow up to recent singles Who I Am, Blame It On Me and In And Out Of Love.

“Don’t give you’re stronger than you’ll ever know…”

With it’s atmospheric, understated soulful groove, crashing beats and soaring melodies Fearless brings about a new type of sound for Melanie C – its arms in the air energy and defiant lyrics, instantly pulling focus and inspiring upon it’s first listen.

“Meeting Nadia was kismet!” Melanie says of the duo’s collaboration. “I’d seen her on Kathy Burke’s documentary series on women and fallen in love with her attitude. As female artists, we have to be fearless. I love this girl.”

A fresh and feisty young woman, who’s music and message embodies the same synergy that catapulted Melanie C and the Spice Girls to fame in the late 90’s, Nadia’s excitement at working with one of her childhood idols is palpable: “It’s no secret that I’m a super Spice Girls fan so this whole experience has been very surreal.” she explains. “Melanie C is an incredible human being; creating with her has been nothing short of perfect. Feel-good song that makes you feel-GREAT!”

Listen to Fearless below:

Be sure to catch Melanie C on her headline European tour next year at the following dates:

Melanie C’s upcoming self-titled album is set for release on Friday, October 2nd and is available for pre-order now.

Let us know your thoughts on Melanie C’s new single ‘Fearless’ over on Twitter @CelebMix now!