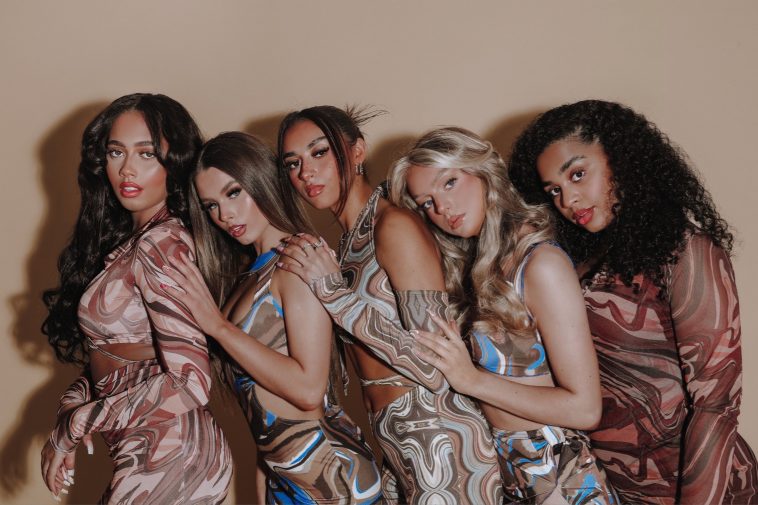 They were the uber fierce girl group, who late last year came tantalisingly close to achieving victory on the hit TV talent show Little Mix: The Search – and today (October 22nd), Melladaze are back to unleash their own unique brand of empowering pop with the release of their debut single, I H8 U.

Made up of Megan, Ellie, Lauren, Liv, and Aisli, the super sassy five-some assert their independence and take control of their own narrative on the emotive, yet uplifting track, channelling the same girl power ethos of both The Spice Girls and Little Mix, to produce a modern day pop classic that looks set to become the ultimate break-up anthem of 2021!

“We wanted to write about the realities of a breakup.” the ladies say in press statement accompanying the singles release. “You hate your ex, but you miss them too! “We all go through stuff in our lives, and we wanted our fans to hear a song like this and feel uplifted! We’d been working to find the perfect song for our first release and we’d got a few contenders, but then we wrote this in one session and just knew it was the one.”

Despite having finished as runners up on The Search – the BBC singing competition that saw bands compete to secure a support slot on Little Mix’s upcoming UK tour – Melladaze have successfully managed to use their reality tv show beginnings, as a platform to springboard onto bigger and better things!

Having formed such a strong bond during their time in the competition, the girls set about making their dreams of becoming legitimate recording artists come true, by collaborating with an array of different songwriters, producers, and choreographers in the hopes of honing their look and their sound, before presenting themselves to the world as a fully package pop act filled with sass!

Despite facing a number of challenges – a global pandemic and two of the girls living in Dublin – the quintet soldiered on! And with the release of a track as strong as I H8 U, Melladaze look set rule the world of pop for many years to come!

Be sure to check out our EXCLUSIVE interview with the band NEXT WEEK!

I H8 U is available to download / stream now!

Let us know your thoughts on Melladaze over on Twitter @CelebMix now!