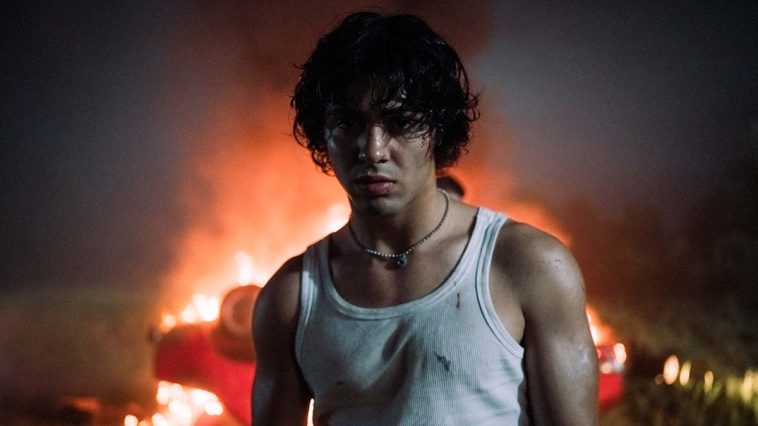 Fresh from the release of his debut English-speaking single ‘Sucks To Know You (FU)’ earlier this year, rising Israeli pop sensation Mergui drops his latest track ’Lie Like This’.

Produced by Mike Dean (Jay-Z, Beyonce, Drake, The Weeknd), the brutally honest pop ballad sees the 22-year-old embark upon a deeply personal journey of self-discovery as he navigates his way through the through the echelons of heartache in the hopes of finding a sense of peace and acceptance in the duality of love and hate.

“‘Lie Like This’ is about naively thinking you can fix the problems that start to appear in a relationship.” Mergui says of the single.  “Then the tracks see me realise it won’t work, start to say goodbye to the future we’d planned together, before finally saying goodbye.”

In a bid to further bring the message of the song to life, the video clip for ‘Like Like This’ serves as a continuation of the story told in ‘Sucks To Know You (FU)’, that shows Mergui driving the same car, this time through the night, on a “foggy, rainy road in which he ultimately loses control and crashes, a metaphor for emotions that are impossible to deal with and burn deeply.”

Watch the official music video for ‘Lie Like This’ below:

Having spent much of his youth expertly honing his craft and working tirelessly to perfect his live act, studying Western artists including Michael Jackson, Bruno Mars, Stevie Wonder and Justin Bieber on YouTube, Yehonatan Ya’akov “Jonathan” Mergui, aka Mergui, decided to study music at a high school for the arts, before being approached and then subsequently invited by a major talent producer to appear on Israel’s largest musical TV talent show, The Rising Star.

Following his appearance, Mergui embarked upon a promotional blitz of T.V. appearances, concerts and festivals, editorials, and fashion campaigns before releasing a hugely successful string of Hebrew-language singles. When turning 18, however, Mergui was required by law to serve in the Israeli military. Already a major figure in the music industry, for three years the he was tasked with performing to his fellow young Israelis, travelling across the country from base to base. In 2020, Mergui was personally signed by Haim Saban to Saban Music Group and the rest as they say, is history!

With 1.24 million streams on Spotify, 1.2 million on Apple Music, and more than 2 million views to date globally on the music video for ‘Sucks To Know You (FU)’, it’s clear that Mergui is an artist on the cusp of a major international breakthrough.

Let us know your thoughts on Mergui over on Twitter @CelebMix now!